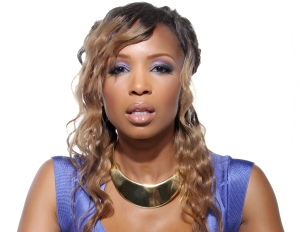 As we get closer to theÂ African American Festival (which will take place June 21-22 in Baltimore at the Camden Yards Sports Complex), Check out some facts about Elise Neal who will be making an appearance.

1. Neal played the role of Janice Sinclair on the ABC soap opera, Loving.

3. She graduated from Overton High School for the Creative and Performing Arts from in 1984.

4. Her starring role in John Singleton’s Rosewood, was her film debut.

5. She has three NAACP award nominations: Best Actress in a Comedy for The Hughleys twice and a Best Supporting Actress in a Motion Picture for Hustle and Flow.

7. She made her Broadway debut in the short-lived, all-black revival of the Gershwin musical “Oh, Kay!” in 1990.

8. She was voted Homecoming Queen in high school.

9. Neal is a Memphis, Tennessee native.

10. Neal and the rest of the cast of Hustle & Flow were nominated for a Screen Actors Guild award for best ensemble.