20 Percent of African Americans Too Broke for Bank Accounts 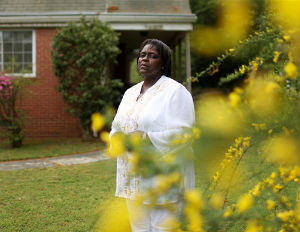 About eight percent of American households don’t have a checking or savings account, according to census data . The numbers are far higher among minorities: NBC reports that more than 20 percent of African-Americans are out of the American banking system because they don’t have enough money to maintain an account.

“Frozen in the cash-only past, they face myriad “kick-them-while-they-are-downâ€ situations where getting money costs money. Banks typically charge $6 to cash checks. Want to secure an apartment? Fee-based money orders are the only option. Without credit cards, they must turn to triple-digit interest rate payday loans for emergencies.”

Lasonia Christon of Jackson, Miss., tries to avoid getting paid in checks, but when her state tax refund for $231 arrived recently, she had to pay $7 to cash it at a nearby convenience store.

She is among the 60 percent of unbanked Americans who previously had a checking account. Christon used to share one with her sister, but It cost her dearly.