AfricanAncestry.com Partners With Sierra Leone to Help Black People With Roots To The Country Gain Citizenship 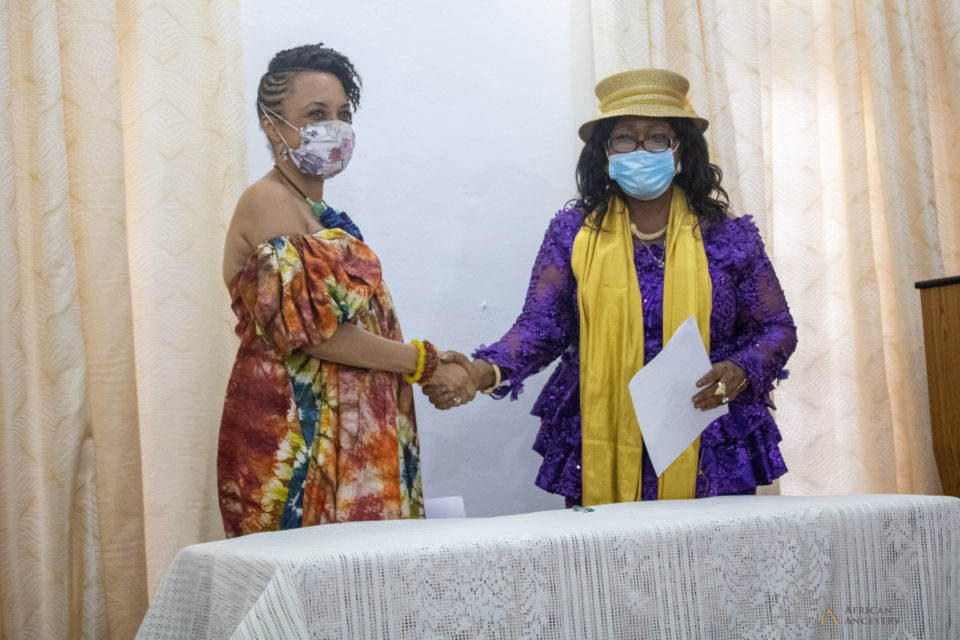 For those Black people considering a move to Africa, you might want to see if you have any lineage to the country of Sierra Leone.

The West African country has partnered up with AfricanAncestry.com to help Black people locate their possible roots in the country and secure citizenship. The government of Sierra Leone signed a groundbreaking agreement with the ancestry site that promises to increase tourism, business opportunities, investments, and construction projects in Africa’s fifth most peaceful country.

Sierra Leone’s Ministry of Tourism and Cultural Affairs and its facilitating agency The Monuments and Relics Commission aided in the partnership between the government and AfricanAncestry.com. The site’s President and Co-founder, Dr. Gina Paige, met with Sierra Leone Minister of Tourism Madam Memunatu Pratt in State House, Freetown, on April 29 to mark the special Agreement Signing.

“This partnership is perhaps the most significant milestone for African Ancestry since we created a way for Black people to trace their African roots using DNA 18 years ago,” said Dr. Gina Paige. “It has transformed the total experience of what it is to be an AfricanAncestry.com customer.”

During the event, 59 Sierra Leone passports were given out to the inaugural recipients under the new partnership. The Agreement was signed in the presence of Sierra Leone’s President, His Excellency Dr. Julius Maada Bio, who expressed his support and commitment to the partnership.

“We welcome you to acquire land, live in our communities, invest, build capacity and take advantage of business opportunities,” President Bio said during the ceremony.

With the Sierra Leone partnership set in stone, AfricanAncestry.com is working to expand the program to more than 30 countries in Africa where they trace ancestry within the coming years.