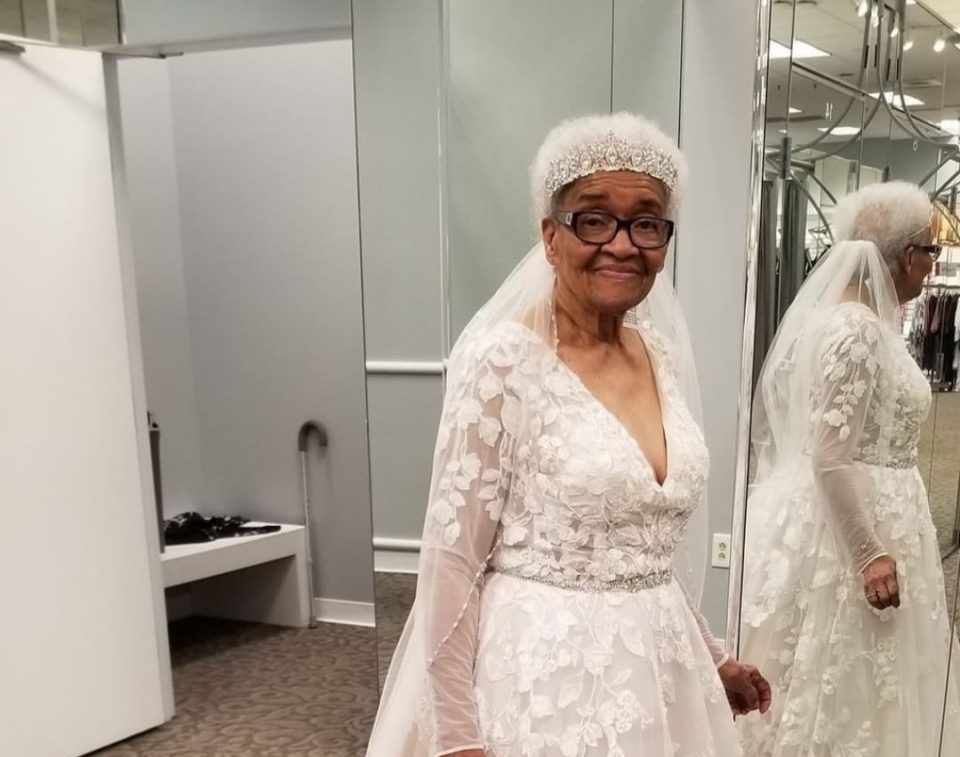 It took a lifetime, but 94-year-old Martha Mae Ophelia Moon Tucker finally got to realize her lifelong dream of wearing a wedding gown.

Tucker is from a different time. Back in her heyday, Blacks were not allowed to come inside bridal shops in the 50s, per AL.com’s report.

Strozier’s grandmother married Lehman Tucker Sr. in 1952, but the love of her life passed away in 1975. The pair shared four children and a host of grandchildren. Although Tucker has no remarriage plans, “trying on two bridal gowns” made her feel like she was tying the knot again,” she said.

“When she walked out of the room and saw herself in the mirror, she said, ‘Oh, look at me,’’’ Strozier told  AL.com.  “One of the other brides that was in there started crying.”

Per a 2020 Forbes article, “department stores celebrated democracy, but they were, in fact, Jim Crow institutions designed to satisfy the needs and desires of middle-class whites, albeit, with an ambiguous color line,” Traci Parker, assistant professor of Afro-American Studies at the University of Massachusetts, Amherst said.

According to the interview, Parker, the author of the book Department Stores and the Black Freedom Movement, told Forbes that African American customers “were provided uneven, unequal service.”

“They were routinely refused service at lunch counters, restaurants, and beauty shops. They were forbidden use of dressing rooms and restrooms, were prohibited from trying on and returning clothes, and could be arbitrarily refused entrance or service at any moment,” Parker reportedly told Forbes.

Tucker’s family could not erase an ugly part of history, but they helped the Alabama elder see the beauty of better days.