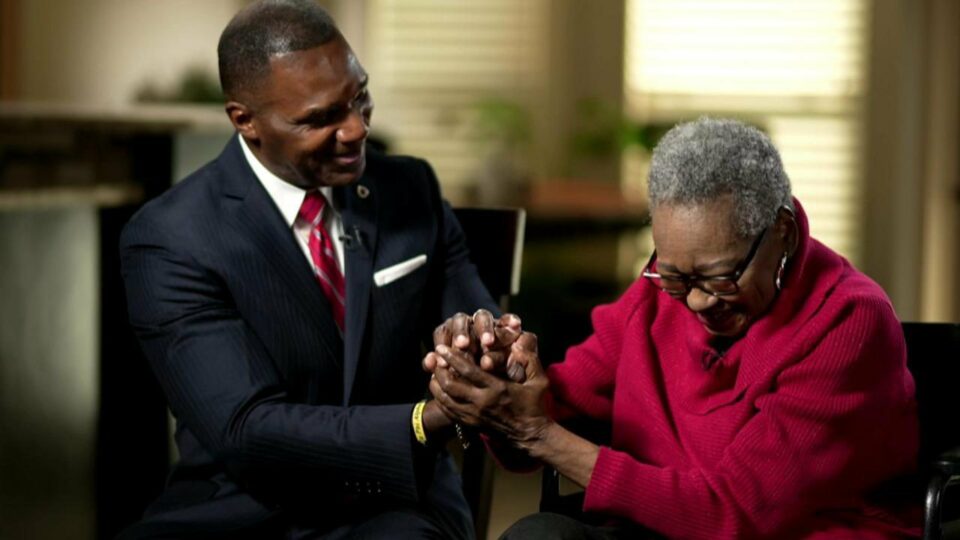 Judge Calvin Williams, who wasn't born yet when 15-year-old Claudette Colvin was arrested for refusing to give up her seat on a bus, has expunged the record 66 years later. (Image: Twitter/@DavidBegnaud)

Alabama Judge Calvin Williams wasn’t born yet when 15-year-old Claudette Colvin was arrested for refusing to give up her seat on a bus. But 66 years later, he expunged her arrest record, clearing her name.

Colvin knew of the ruling clearing her name, but she didn’t know it was the work of Williams. She had never met him until he surprised her with the news Thursday.

“I want to thank you for your courage, your courageous act. I want to, on behalf of myself and all of the judges in Montgomery, offer my apology for an injustice that was perpetrated upon you,” Williams said sitting next to Colvin in an exclusive interview with CBS News. “What Miss Colvin did has such great significance. And that’s because it holds such great symbolism.”

Several months before Rosa Parks became one of the faces of the modern civil rights movement, Colvin refused to move to the back of a segregated bus in Alabama. Colvin was also convicted of assaulting a police officer and placed on probation.

However, she never received notice that her term was finished, leading her to ask a Montgomery court to expunge and erase her record, which her lawyer said has cast a shadow over the life of an unsung civil rights figure.

Williams, who said he benefited from Colvin’s actions the day she was arrested, was more than happy to assist in clearing Colvin’s name.

“When she did this in 1955, there were no African American judges in Montgomery. And now, I’m one of several African American judges in Montgomery. And so, the remarkable thing is that I sit in a position to look and do something judicious in a judicious way to correct an injustice that was perpetrated against her so long ago that never should have happened,” Williams told CBS.

“That’s the uniqueness of this whole circumstance. That she stood up for right, and now I’m the beneficiary and byproduct of that and I can correct the wrong that was done to her. That’s the significance of it.”

Colvin expressed nothing but jubilation after learning of the ruling, telling Williams she wanted to ensure Black children aren’t treated unfairly. Williams replied “Thanks to you they won’t. They will be treated fairly.”