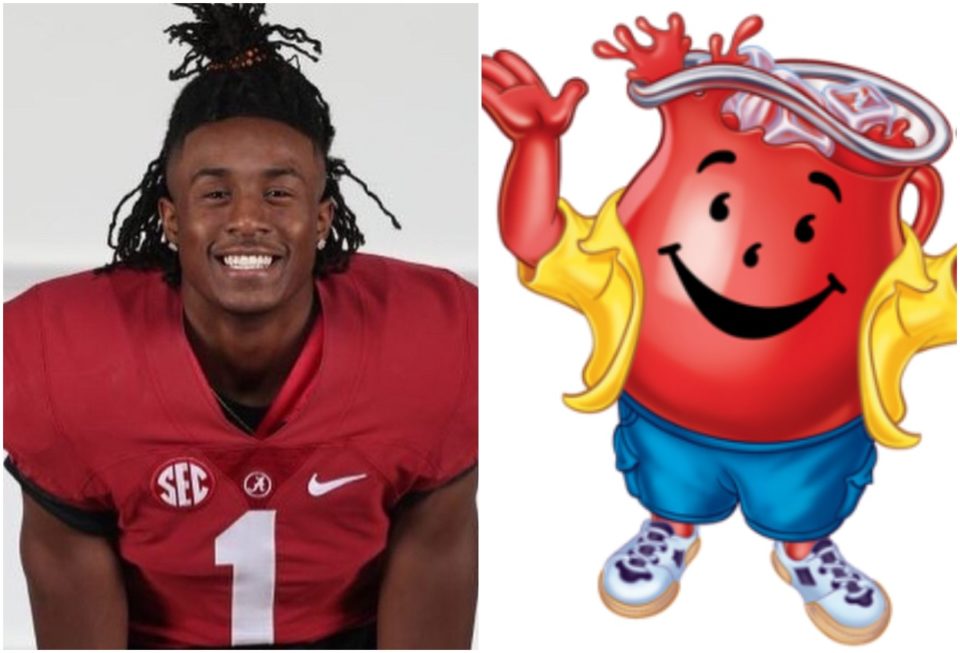 The University of Alabama’s Crimson Tide defensive back Ga’Quincy McKinstry landed a partnership with Kool-aid after being nicknamed “Kool-aid” most of his life.

“In honor of our new partnership, we’ve swapped names with Kool-Aid McKinstry and given him the power of OH YEAH,” the brand’s Twitter bio read, according to CBS Sports.

McKinstry also celebrated his new sponsorship by stating in his bio: “Honored to partner with Kool-Aid the Brand. I will be sharing the OH YEAH title with the Kool-Aid Man!”

He then tweeted the brand’s famous slogan, “OHHH YEAH!”

As a child, McKinstry gained the nickname “Kool-aid” from his grandma, who said he came into the world smiling like the Kool-Aid Man.

In an interview with CBS This Morning, the ball player said he’d been hoping to secure the partnership with his favorite drink company.

Other college athletes who’ve signed NIL deals include the University of Miami’s D’Eriq King, who scored a deal with the National Hockey League’s Miami Panthers, and Johnson C. Smith University’s Ky’Wuan Dukes, who partnered with Bojangles.