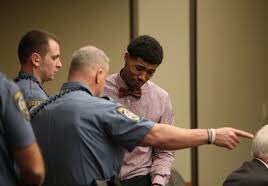 Albert Wilson, a former University of Kansas student and convicted rapist, is set for a new trial after his previous lawyer’s conduct was questionable.

Wilson, then 20, was found guilty of raping a 17-year-old girl in Lawrence, Kansas, in 2019. He was sentenced to serve 12.5 years in prison, according to the Lawrence Journal-World.

Some, including Judge Sally Pokorny, thought it was odd that Wilson’s former lawyer, Forrest Lowry, did not inquire about the exchange of text messages between his client and the alleged victim. Thousands of texts were not used as evidence in the trial, meaning Lowry provided ineffective assistance of counsel.

“The court’s confidence in the jury’s verdict is undermined by Mr. Lowry’s failure to review text messages,” Pokorny said.

Wilson, who is now 25, will be transferred from a prison to a jailhouse in Douglas County. He waits for a new bond hearing and a scheduled court appearance on March 23. On his appeal, Wilson is being represented by two attorneys, Michael Whalen and Josh Dubin.

Whalen and Dubin filed a motion to the Kansas Court of Appeals on Feb. 6, 2020. Wilson’s legal team stated that Lowry should have known that he had additional evidence, like text messages and photos from the girl’s phone, that was needed to cross-examine her, and others who testified, effectively.

Pokorny sided with Whalen and Dubin, saying Lowry needed to attack the victim’s credibility when defending his client.

“Those messages went directly to the credibility of the victim’s self reports to (the doctor), of which his diagnosis was based,” Pokorny said. “We know based on his testimony … that he had not reviewed all of the evidence,” Pokorny said of the psychologist.