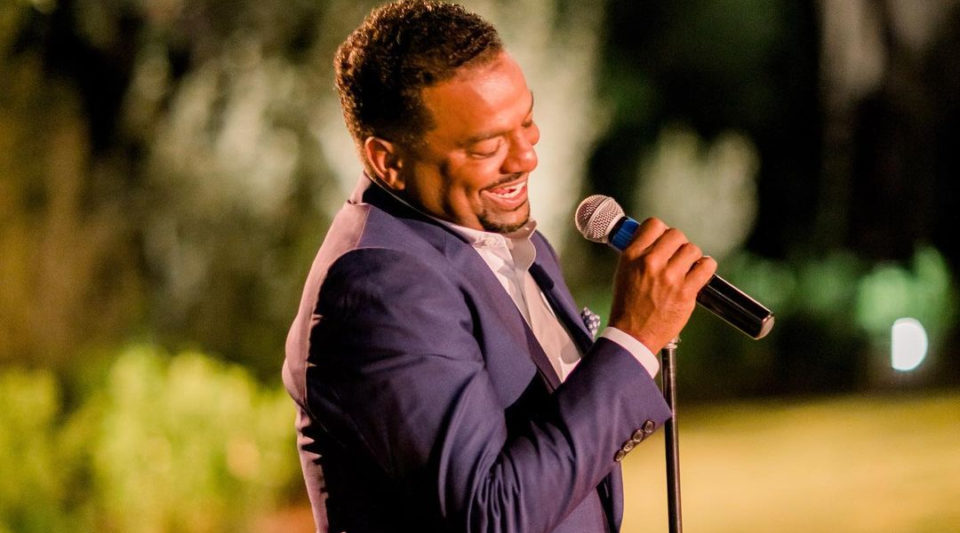 We can basically be guaranteed to laugh (or at least chuckle) anytime Alfonso “Carlton Banks” Ribeiro shows up to an event!

Although the multi-talented actor, singer and America’s Funniest Videos host, recently said he’s not accepted by Black people, he recently took to a stage and belted out some soulful tunes, proving that it’s not unusual for him to jam with the best of them!

Earlier this week his wife, Angela Ribeiro posted video clips on her Instagram account of him performing for a crowd. Ribeiro is shown performing 2 songs by Bruno Mars, “Uptown Funk” and “24K Magic” and his rendition of Michael Jackson‘s “Rock With You.”

“When your hubby is insanely talented at everything he does.
#clambake2021“

From the sample of comments left on the post, the overwhelmingly white audience approved his performance. This isn’t to say that he doesn’t have Black fans but the current host of America’s Funniest Home Videos had previously complained about the stigma of being typecast as Carlton Banks on The Fresh Prince of Bel-Air.

He also spoke of feeling ostracized by the Black community for having a white wife and feeling like Black people will never accept him.

“It still happens almost every day, unfortunately. I am in a mixed relationship,” Ribeiro responds. “And I get things and looks and comments constantly. And I find it very interesting because you see a lot of things on social media where people say things and people have positions and perspectives. And it’s not easy to make that choice, because you’re not at home in any home. I’m never going to be white and I’m never going to be fully supported in the Black house.”

In a recent interview with ABC 7 Chicago, in the midst of the upcoming season 32 of America’s Funniest Home Videos, Ribeiro reveals that this will be his 7th season hosting the program. With that length of time, he has surpassed the number of seasons he played Carlton Banks on The Fresh Prince of Bel-Air.