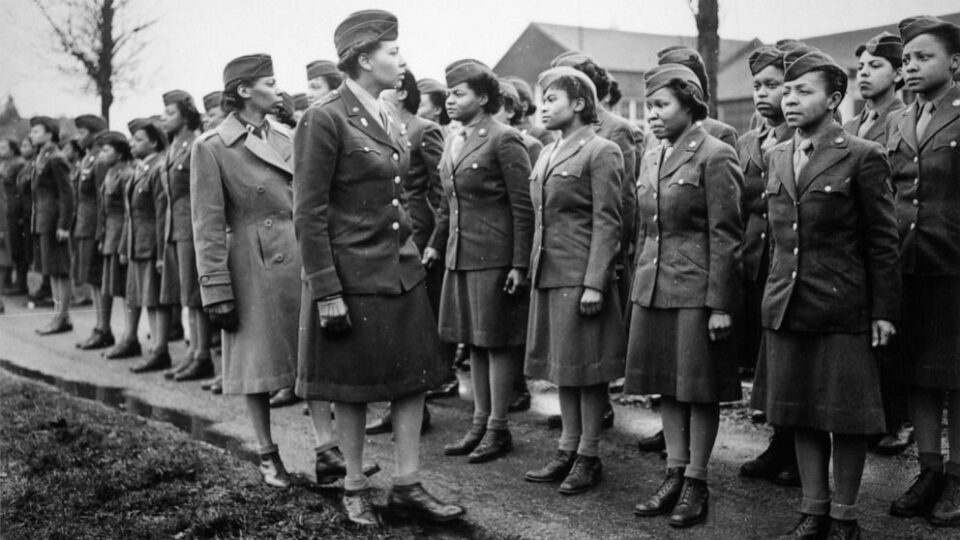 An all-Black Women's Army Corps unit that sorted millions of pieces of mail in unheated warehouses during World War II will be awarded a Congressional Gold Medal. (Image: Twitter)

An All-Black Women’s Army Corps Unit tasked with organizing millions of pieces of mail in unheated warehouses during World War II (WWII) will be awarded the Congressional Gold Medal.

According to a Department of Defense release, President Joe Biden signed a bill into law last week on March 14 awarding the Congressional Gold Medal to the women of the 6888th Central Postal Directory Battalion.

The bill states the honor was granted to the unit, known as the Six Triple Eight, “in recognition of their pioneering military service, devotion to duty, and contributions to increase the morale of personnel stationed in the European theater of operations during World War II.”

In a rare example of bipartisanship, the bill was introduced by Sens. Jerry Moran (R-Kansas) and Jacky Rosen (D-Nevada).

The Six Triple Eight included more than 825 Black women who were assigned with overturning a significant backlog of mail. They traveled to Great Britain in 1945 and spent months sorting mail and packages in unheated warehouses according to the U.S. Army Center Of Military History.

Tasked with clearing a six-month backlog, the women finished in just three months, adopting the motto “No mail, low morale” and creating a new mail tracking system while also dealing with untold incidents of racism and segregation during WWII.

The unit eventually moved to France where they continued work until the unit was disbanded in 1946 with no fanfare or celebration for their accomplishments. Lena King, one of the surviving members of the Six Triple Eight, called the lack of celebration by the military and the United States “so disappointing.”

According to CNN, as of last summer, seven of the women in the unit are still alive. In addition to the Congressional Gold Medal, they will receive, a statue honoring the women was placed at the Buffalo Soldier Monument Park at Fort Leavenworth, Kansas in Nov. 2018.
In a statement, both Rosen and Moran praised the group and its efforts.
“The heroic, barrier-breaking members of the Six Triple Eight Battalion — which included brave Nevada women — played a crucial role in the operations of our armed forces during World War II,” said Sen. Rosen.“They deserve our nation’s highest honors for their service. There is no better time to give them this long-overdue recognition than during Women’s History Month, and I’m proud to see President Biden sign our bipartisan legislation into law.”