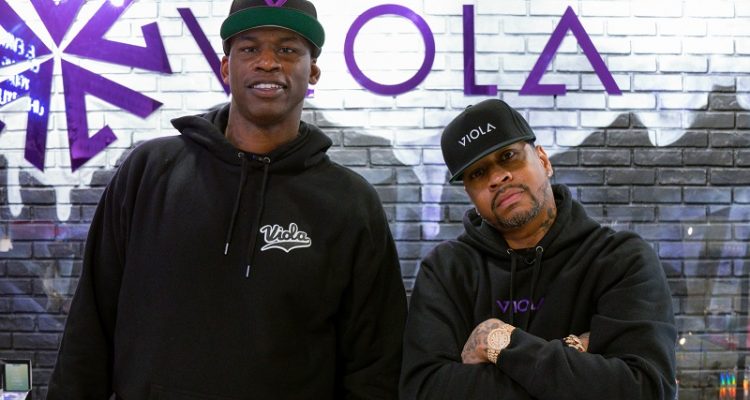 Allen Iverson has teamed up with fellow former NBA player Al Harrington “to change the game” within the cannabis industry.

On Thursday, word got out on Iverson’s addition to Voila, a purpose-driven cannabis brand co-founded by Harrington. The NBA Hall of Famer will serve as a talent partner and build on the company’s business initiatives, Forbes reports.

First on Iverson’s list is taking the lead ahead of Voila’s The Iverson Collection coming in October.

“I’ve had a lot of people approach me with business opportunities, but this one with Al was different,” Iverson said of the new venture.

“After seeing how devoted he is to this business, and him educating me on how beneficial the plant is, it just felt right. I’m excited to be a part of it; together, we’re about to change the game.”

In addition to having his own cannabis strain, Iverson will work to break the stigma around athletes and cannabis use. He will work to educate the NBA and others on the benefits of marijuana, CBS News reports.

Harrington has been working to educate the NBA and others on the healing power of cannabis and how it can be of more benefit than prescription drugs in some cases. The two NBA alums recently sat down for The Players’ Tribune to discuss the stigmas they faced during their professional careers with drug use and their public image.

“For athletes and cannabis, there's always been the stigma.”@alleniverson and @cheddahcheese7 aim to rewrite that narrative with their new business venture. https://t.co/50THedFV39 pic.twitter.com/Yiy3EjCYa1

Back in March, Voila made history as the first Black-owned multinational cannabis brand after cannabinoid-centered biopharmaceutical company Avicanna agreed to license the brand to consumer markets in Canada, Forbes reports.

As part of the deal, Viola receives a royalty fee for the use of its name, while Avicanna has permission to develop products that will be sold in the US’ neighboring border.