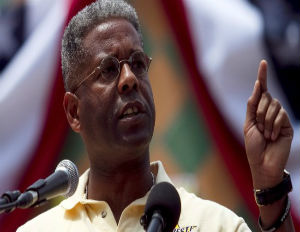 A letter former U.S. Rep. Allen West wrote to the Florida office of the Council on American-Islamic Relations is listedÂ for sale on eBay.

In the letter West indicates that he is writing in response to an earlier letter they sent to him asking him not to align himself with what CAIR describes as ” anti-Muslim activists.” West’s response is “NUTS!â€