And Another One! Alyssa Scott Debuts Her Third Baby Bump, Nick Cannon Is The Father 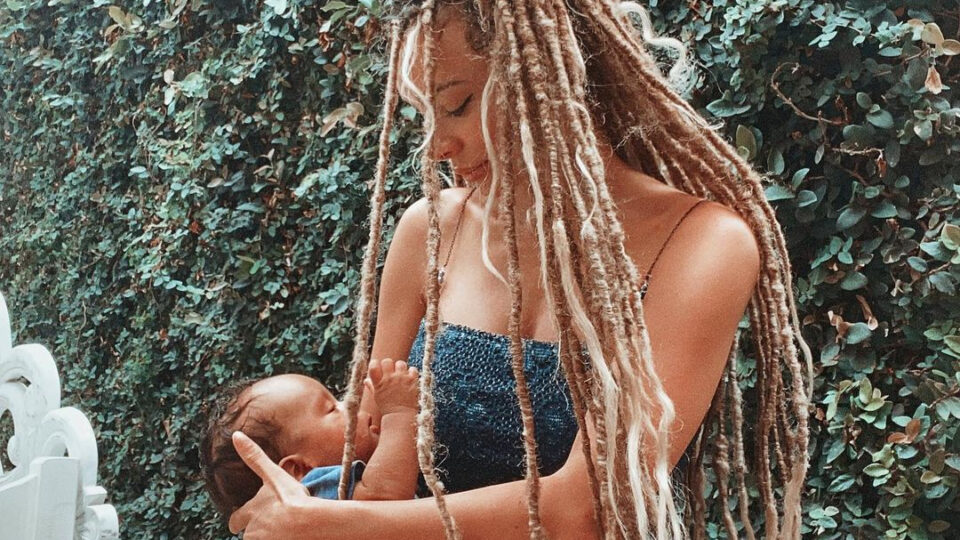 Nick Cannon and Alyssa Scott have been busy.

The model took to Instagram Wednesday to share some celebratory news. She’s expecting her third baby, and Nick Cannon is the father, Entertainment Online reports.

“With you by my side… 🤍,” Scott captioned a photo of herself stunning in blue while holding her daughter, Zeela.

The baby bump debut is a miracle for the Cannon family as it comes nearly a year after the devastating news about the death of her and Cannon’s son, Zen S. Cannon. In December 2021, The Wild n Out host and entertainer shared with viewers of his since-canceled daytime talk show that 5-month-old Zen died from high-grade glioma, a rare and aggressive form of brain cancer, BLACK ENTERPRISE previously reported.

In honor of their baby’s boy life, the pair established a pediatric cancer foundation called Zen’s Light in celebration of what would have been his first birthday in June.

“JUNE 23 WILL FOREVER BE A DAY OF CELEBRATION. A BEAUTIFUL LIGHTING CEREMONY TO HONOR THE LIFE OF AN ANGEL. ZEN’S BIRTH HAS NOW TRANSFORMED INTO “ZEN’S LIGHT.” WE ARE PROUD TO ANNOUNCE HIS NEW FOUNDATION THAT WILL HELP SO MANY OTHERS IN THIS WORLD,” POSTED CANNON UNDERNEATH A PHOTO ON INSTAGRAM. HE CAPTUREd THE POIGNANT MOMENT BY RELEASING A FLOATING LANTERN TO HONOR HIS SON, WITH SCOTT STANDING BESIDE HIM.

Scott also shared an adorable photo of herself and her late son on Instagram for his birthday.

Back in May, the 29-year-old mom shared a smaller baby bump photo via Instagram to celebrate Mother’s Day. It was unclear whether or not the picture indicated her recent pregnancy, but congratulations are still in order!

“Today I’m grateful I was able to pick up the phone and hear my mom and grandmother’s voice on the other line,” she captioned the photo upload. “I’m grateful for my daughter, who is holding my hand through this holiday. I mean it when I say my heart is with every woman and every mother today. Love.”

Nick Cannon has welcomed 10 children since 2011.