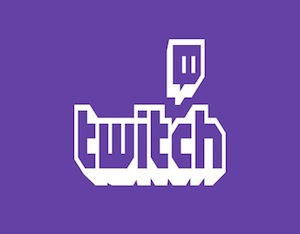 Just when you thought Google was going to have all forms of video content on lock, Amazon has superseded the SEO juggernaut in buying Twitch, a live streaming service for gamers.

Amazon (AMZN +0.11%) has agreed to acquire Twitch TV for more than $1 billion, according to two people briefed on the matter. With the deal confirmed and in the books, plenty of streamers and gamers are waiting to find out what this specifically means for them. The acquisition helps Amazon bolster its position in the rapidly-growing world of online gaming and give itself the technology to compete with rivals Netflix and Google, directly.

Originally, Google (GOOGL +0.00%) was in talks to acquire Twitch, but all conversation cooled in recent weeks. Yahoo (YHOO 0.00%) also expressed interest, but Twitch wasn’t resolute in making a deal with the maligned search engine company. Launching in June 2011, Twitch has quickly become the most popular Internet destination for those interested in watching and broadcasting video games and is the fourth-largest source of Internet traffic in the United States, according to DeepField Inc.

Amazon, as a company, has been wanting to get deeper involved with gaming, which includes building up its staff of programmers at its Seattle and Southern California studios. The company has also introduced several new video games to complement its Fire TV set-top box, which was revealed in April, and sells a devoted controller for gaming. “For Amazon, it’s clear video is of strategic value given their investments in original content and their recently announced massive licensing deals with HBO and others,” said Mark Fisher, vice president of business development at Qwilt, a networking and online video company.

While company officials for neither Amazon nor Twitch responded to requests for comment, the service is available through mobile devices (apps), PC (website), PlayStation, Xbox, and now, Amazon.