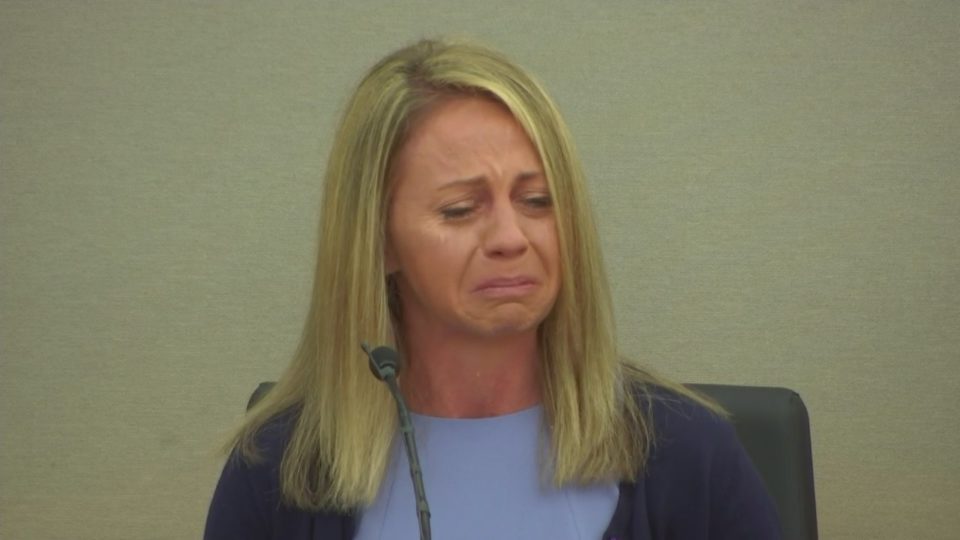 Amber Guyger, the former Texas police officer who “accidentally” killed a Black man minding his own business in his home, will have her appeal heard next week.

On September 6, 2018, Botham Jean was eating ice cream on his couch when he was fatally shot by Guyger, who thought she had entered her similar apartment, believing Jean was a burglar.

Guyger, a disgraced former officer, was found guilty of murder on October 1, 2019, received a 10 year sentence, have attorneys making excuses in an appeal.

The attorneys for Guyger’s appeal, which was filed in August 2020, say original evidence that got submitted in the case “was legally insufficient to prove beyond reasonable doubt that Guyger committed murder.”

“Her mistaken belief negated the culpability for murder because although she intentionally and knowingly caused Jean’s death, she had the right to act in deadly force in self-defense since her belief that deadly force was immediately necessary was reasonable under the circumstances,” the appeal states. “Despite the tragic consequences, considering all the evidence—whether admissible or inadmissible…Guyger acted reasonably.”

Guyger’s attorneys also argued the “malfunction” on Jean’s door, which had an “absurd design,” was another reason why he got killed. The attorneys also blamed the apartment building’s “incompetent management.”

Attorney Toby Shook, Guyger’s former representative, said that she is most likely going to fail in her attempt to get a lesser offense of criminally negligent homicide.

“Statistics show that felonies are not often reversed for trials,” Shook told CBS 11 of Fort Worth, Texas. “They are low. They do happen, but it just depends on the actual issues so it’s kind of hard to predict, but most cases are affirmed.”

A three- judge panel will review the appeal, listening to all of the arguments, and conclude sometime in the future.