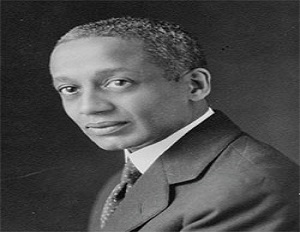 Referred to as the father of the Harlem Renaissance, Alain Leroy Locke is the first African American to become a prestigious Rhodes Scholar.

His academic leadership and efforts to highlight black culture has made him a prominent figure in history, and in 2007 the Association of American Rhode Scholars (AARS) partnered with Howard University to plan a symposium on the centenary of the election of Alain Locke as a Rhodes Scholar. In planning this symposium AARS and Howard also conducted research that further examined the significance of Locke as the first black Rhodes Scholar, which also led them to discover that Locke’s cremated remains were still in possession of the university.

Based off this discovery, AARS felt it to be their duty to arrange a proper interment for the late great scholar. With support from the African American Rhodes Scholar, AARS has purchased a burial plot at the Congressional Cemetary in Washington, D.C. and will host an interment ceremony for Locke on Saturday, September 13th.

Locke’s influence as a prominent figure and academic leader in American culture is definitely worth being honored and a proper burial of the scholar is well overdue.

To find out more details about this event head to americanrhodes.org.