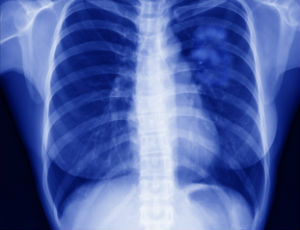 Even though lung cancer kills twice as many women as any other cancer, many women are still unaware of this silent killer.

Colette Smith was one of them. In 2015, the Antigua-born Bronx resident was diagnosed with the disease after constantly feeling palpitations in her chest.

“I wasn’t aware of lung cancer at all,â€ she said. “In fact, when they were alluding to it I was thinking that’s impossible. I thought it was menopause or something to do with anxiety.â€

She is passionate about sharing her story because she wants other women to understand that awareness and early detection of this disease are key.

The 2016 Women’s Lung Health Barometer, a report released by The American Lung Association’s Lung Force initiative, recently unveiled new data showing women’s critically low awareness and understanding of the disease. Of the more than 1,000 women surveyed, only 2% of women have lung cancer on their health radar, a percentage the barometer calls “overwhelmingly low.â€

The barometer was released for Lung Cancer Awareness Month in November and stressed that awareness is critical because if lung cancer is caught before it spreads, the likelihood of survival more than triples.

Smith was one of the lucky women who was diagnosed with an early stage.

When she visited the ER in early 2015 doctors suggested she get a CAT scan. But instead of finding what they thought would be blood clots in her lungs, the doctors found a lump. After a succession of tests over months proved inconclusive, she kept pushing for an answer until doctors determined that surgery was necessary. When sheÂ awoke from surgery, she learned that her upper left lung tissue had been removed and she had been diagnosed with Stage 1a lung cancer, an early stage where the cancer is contained and hasn’t traveled to any surrounding tissues. She has been cancer-free since.

Lung cancer is the No. 1 cancer killer of women and one of the top cancers that affect African Americans. More than 106,000 American women are estimated to be diagnosed this year alone, according to the report.

In 1987, lung cancer surpassed breast cancer as the leading cancer killer among American women. Approximately two-thirds of lung cancer diagnoses are in people who have never smoked or used to smoke.

The American Lung Association is calling on the National Institutes of Health to increase funding for lung cancer research from $362 million to $450 million by 2020. They say research priorities should include better ways to detect lung cancer at an earlier, treatable stage and improved treatments for all stages.

Here are some key findings from the barometer:

Smith said she believes doctors need to become more aware of the danger of lung cancer, whether or not a person smokes.

“In the ER, physicians asked me if I smoked and when I said no, they said there’s nothing to worry about,â€ she said.

She wants those who may be suffering from lung cancer to know that the disease is not a death sentence.

“It doesn’t mean it’s the end of your life. It is important to find a support group,â€ she said. Smith found her support through Lung Force. There she was introduced to another individual who was diagnosed a year prior, someone she calls one of her biggest supporters. “If they’re comfortable with sharing their stories as I am, there is a sense of accomplishment in knowing that you’re possibly helping another person through a tough time.”

To share your story and learn ways you can take action for women and lung cancer, visitÂ lungforce.org.