Andre Dickens Has Been Elected The 61st Mayor Of Atlanta 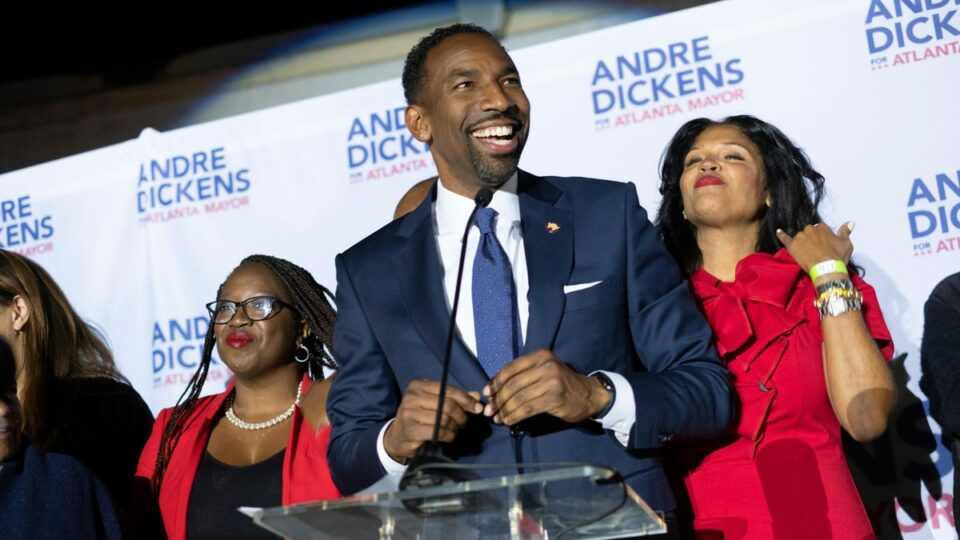 Andre Dickens has been elected as the 61st Mayor of Atlanta (Image: Twitter/@TheRoot

Dickens, who ran on a promise to help guide the city in a more equitable direction, was behind entering the polls on Tuesday morning, but Tuesday night, Dickens came from behind, gaining 62% of the vote, and the Associated Press declared Dickens the victor just before 11 p.m.

“We are facing some generational problems in our city; Atlanta is growing in population and in wealth. Businesses are flocking to the city, yet we still have people living on our streets,” Dickens said according to The New York Times. “We have people working at our airport just to meet last month’s rent. People are still fighting to stay in their homes in the city that they love.”

Dickens added if there was “any city in the world” that could face these issues, “it’s Atlanta.”

Atlanta’s population has increased from 420,000 residents in 2010 to almost 500,000 people today. Additionally, the city has become a hub for tech companies such as Amazon and Apple, expanding their footprint in the city to recruit Black talent.

However, crime has also skyrocketed in the area, to the point the Bankhead section, located west of downtown Atlanta, is discussing seceding from the city. Additionally, the city had to deal with Black Lives Matter protests and demands for change after the police shooting of Rayshard Brooks.

Dickens will now replace current Mayor Keisha Lance Bottoms, who endorsed Dickens and is stepping down after just one term. While in office, Bottoms dealt with the COVID-19 pandemic and spent months battling Georgia Gov. Brian Kemp and his insistence to fight COVID restrictions Bottoms initiated to protect residents.

Bottoms and former Mayor Shirley Franklin attended Dickens’ victory speech where he thanked Moore for her campaign and service to Atlanta.

“I want to thank and commend Felicia Moore on a well-fought campaign,” Dickens said during his victory speech according to Atlanta Magazine. “I respect her and her desire to serve the City of Atlanta. She’s put in 24 years of service, and I know that she loves this city, and I hope that she’s around as we move this city forward.”

Dickens added he plans to implement his public safety plan promising to hire more police officers and oversee the department with more accountability measures. The deacon also said he plans to use the municipal land that city officials have deemed development-ready for affordable housing.