Recently, Andrea Hoffman, strategic growth adviser, author, and founder of Culture Shifting Weekend, held the 3rd annual, Culture Shifting Awards where she pulled the best and the brightest together to focus onÂ curating connections to improve the diversity landscape.Â

The weekend included everything from conversations about millennials in tech, to what the future holds for black Hollywood and technology. It culminated in the annual Culture Shifting Awards Brunch hosted by author, actor, and entrepreneur Hill Harper.

The Awards started off with powerful speeches led by current Culture Shifters in the technology landscape, including Maci Peterson. She spoke about her patented technology that takes back sent text messages.

The Roster of Culture Shifters

Although extremely impressive, equally impressive were the honorees for the evening. Lloyd Carney is the CEO of Brocade Communications Systems Inc.–aÂ networking solutions company that helps organizations transition smoothly to a world where applications and information reside anywhere.

Another honoree, Pamela Joyner, holds 30 years’ experience in the investment industry. She founded Avid Partners L.L.C. focusing on the alternative investment arena. She is a huge advocate for the arts and sits on the board of many esteemed foundations.

Isaac Vaughn, the acting CEO of Ooyala, was also honored. Ooyala is a platform that goes beyond traditional online video platforms. It offers best-of-breed online video analytics and monetization solutions that boost revenues from video. He was also a fan favorite for the evening.

Robin Washington, the EVP and CFO of Gilead Sciences Inc., was also recognized. Her research-based biopharmaceutical company focuses on the discovery, development, and commercialization of innovative medicines.

A Necessity for African Americans

Hoffman, and her partner Denmark West, a partner at Connectivity Capital Partners, shared how this event came about and why she felt an event like this was necessary for the African American community.

“I wrote a book over seven years ago called, Black is the New Green, marketing to affluent African Americans, and it was just sort of a natural evolution from that,â€ said Hoffman. “I wanted to bring that book to life so I decided to do an awards event that reflected some of the people that reflected that kind of profile. It just grew. I never thought it would grow into this and it just took on a life of its own.â€

“Andrea is the visionary. There are places that I help with thinking things through strategically, helping to connect to certain individuals, or sometimes I’m just the cleaner,â€ said West.

“It started as an awards event in the Hamptons going on almost eight years and we saw that we wanted to continue to drive engagement and make an impact and recognized that curating rooms… there was really magic in that,â€ said Hoffman.

“One of the things that become really important is what people are looking for when they walk into the room. There is nothing more impactful than somebody coming in and saying I have a specific need coming into the room and finding somebody who can help them with that need,â€ said West.

“So specifically, I believe it was two years ago, Laura Weidman Powers, who’s executive director for Code 2040, came to the event and even though she was a resident of Silicon Valley, she hadn’t had a chance to meet the top brass at Google and specifically David Drummond,” stated West. “In the room, she had an opportunity to not only have a conversation with David but to get connected with the people on his team, that over the course of several months, lead to a large multimillion-dollar investment from Google into Code 2040, the genesis of which started at the event,” he said.Â

If you’d like more information on the Culture Shifting Weekend, please visit the link here.

Sequoia Blodgett is the Technology Editor for Black Enterprise, Silicon Valley. She is also the founder of 7AM, a lifestyle, media platform, focused on personal development, guided by informed pop culture. 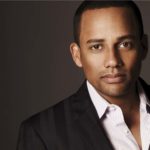