Andrew Walker, 14, Is Youngest Black to Qualify for U.S. Amateur 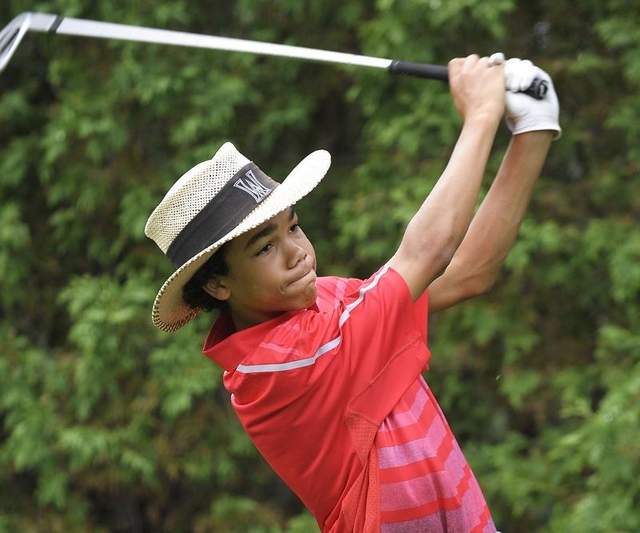 Andrew Walker is youngest African-American to qualify for U.S. Amateur. The tournament takes place next week at The Country Club in Brookline, Mass.

The U.S. Amateur, one of the nation’s oldest and most historic golf tournaments, has always had its share of youngsters.

So Andrew Walker’s name is going down in the history books.

He shot 69 and 71 at Forest Akers West Course in East Lansing to reach a playoff, where he parred the fourth hole to qualify for the tournament, held in August each year. In 1994, Woods became the youngest to win at age 18.

Soon after, Woods turned pro. It’s what Andrew Walker wants to do as well.

“That’s his goal,” his father, Filmore Walker III, told the News. “It’s what he’d like to do. As African-Americans go, he knows there aren’t that many that make it (on the PGA Tour). When you have an African-American do well, it’s a cool sport. It has a positive affect. We travel around the United States and it’s apparent that there is a lack of play by African-Americans.”

In June, Walker helped his high school team to the Division 1 state title. For Walker, it’s already been quite the summer. He is the fifth youngest to ever participate.

“I’m not overwhelmed by it,” Walker said, according to the News. “I am really excited about it. I’m just looking forward to competing in such a prestigious tournament. I’m not nervous. I’ve played in pretty big junior events but there’s no tournament that I’ve played in [that] compares to this.”