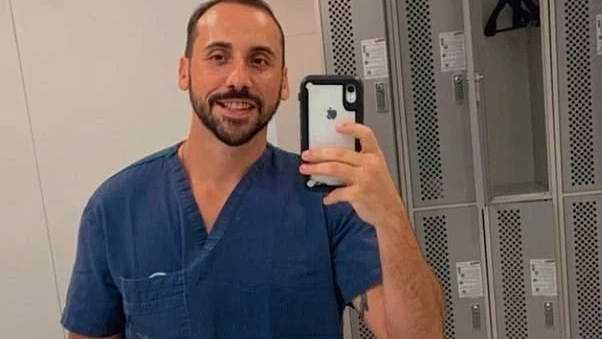 A medical worker was arrested over the weekend for sexually violating a sedated female patient in the hospital where he worked.

According to Daily Mail, Giovanni Quintella Bezerra was arrested on July 10 after some hospital workers secretly recorded him violating a pregnant woman while she was sedated in an operating room. He has been charged after a video taken by co-workers shows him reportedly inserting his penis into the woman’s mouth as she lay on the hospital bed.

Anaesthetist ‘who raped sedated woman during her C-section is feared to have carried out FIVE similar attacks’: Hated Brazilian doctor is threatened by inmates as he arrives in prison #braziliandoctor #bbl #prasticsurgery #surgery #women#NHS #nurses #Doctors #Health pic.twitter.com/knFMLnVA4T

He was working at the hospital as an anesthetist.

Police officials stated that the sedated woman was undergoing a cesarean section when the incident took place. They also said he may have assaulted five more women. It’s alleged that Bezerra attacked two out of the five women on the same day as the victim in the video.

The 32-year-old man was arrested in Rio de Janeiro on July 10 after several nurses were suspicious of his behavior during the two C-sections that occurred that day. So the nurses secretly recorded him during a third procedure, and that’s when they allegedly caught him assaulting the patient.

Authorities say they were already investigating whether he had attacked the first two patients. They’ve stated that three other women treated on different days have now come forward to make accusations of Bezerra abusing them.

The anesthetist has been reportedly locked up at Brazil’s largest prison, Bangu. The facility houses some of the country’s most dangerous prisoners and has a reputation for being a violent place. When he arrived at the prison, he was supposedly booed while inmates banged cell bars.

Bezerra appeared in court on Tuesday, where a judge sentenced him to indefinite detention in solitary confinement while the case is investigated.

Bezerra is also facing a medical malpractice lawsuit from an incident in 2018 before he qualified as an anesthetist and worked at a different facility.

He and another doctor were accused of misdiagnosing a case of swine flu as a urinary tract infection. The error in judgment resulted in the female patient falling into a 23-day coma.