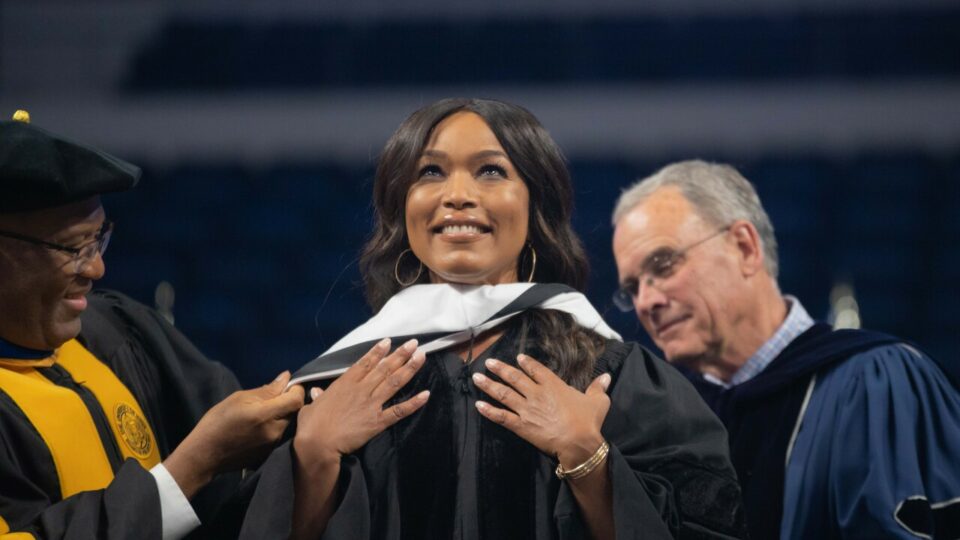 Academy Award-nominated actress Angela Bassett was one of the commencement speakers at Old Dominion University in Virginia last weekend, where the college awarded her with an honorary doctorate during the ceremony.

The 63-year-old actress said that she is “happy and humbled” by the honor, sharing a photo of herself holding the certificate on Instagram, adding, “Education is truly the KEY! #stillmakingmymommaproud.”

In her speech, Bassett said, “Thanks to a little film called Black Panther, I think I know a little bit about royalty … well, fictional royalty at least,” Bassett joked. However, she added that the real “royalty” were the students in front of her.

“It’s about your leadership and your legacy,” Bassett shared. “That’s the real crown that I want you to wear every day when you step out into the world.”

Bassett has an honorary degree from Morehouse College, which she received in 2020.

According to People, Bassett was honored for her leadership, service, and excellence that “set the bar high for women in Hollywood.”

Bassett was also honored with an honorary doctorate from her alma mater, Yale University, in 2018. In 2020, she received the Yale Undergraduate Lifetime Achievement Award (YULAA), making her the first Black person to receive the honor, according to People.

In 2021, it was reported that Bassett would earn “north of $450,000 an episode” on the Fox drama 9-1-1, making her one of the highest-paid actresses of color on a broadcast drama, according to Vanity Fair.

She will also reprise her role of Ramonda, Queen Mother of Wakanda, and said in a recent appearance on The Ellen DeGeneres Show that the sequel is due out in November. Although she was tight-lipped on revealing the actual plot, she describes it as “amazing” and adds, “Our director, Ryan Coogler [is a] writer, director [and] perfect leader — it’s going to be amazing. It’s going to top [Black Panther] 1.”