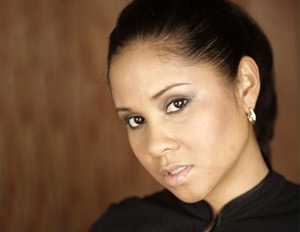 As co-host for New York’s Power 105 FM’s popular Breakfast Club, Angela Yee is one of the most listened to voices in morning radio. A graduate of Wesleyan University, she majored in English and held numerous media-related positions–ranging from corporate consulting to artist management–before finding her niche as a media personality. But along with the public notoriety came expensive shopping habits that landed Yee nearly $30,000 in debt. Much wiser about her finances; the media maven shares with Black Enterprise how she beat the credit card crunch and learned to better manage her money.

You’ve had great success in your first year at Power 105, but came from a management and consulting background. What lessons did you learn in switching career paths?

I’ve quit a job one time because I was going to make more money somewhere else and I was miserable [at the new job]. I really did like the job I quit, but I was looking at it like, “Well, I’m going to go here and make more money.” Sometimes, in the long run, it’s best to make less money, which is what I did when I left working at a clothing line to go work at Shade 45. I wasn’t happy where I was working and I took a crazy $30K pay cut to start all over at Sirius where I made way less.

What impact did that pay cut have on your quality of life?

That’s probably where the debt started from, having so many bills that I had to pay. I worked the first month without getting paid because it was a probation period to see if it was going to work because I had never done radio [at the time], so they definitely took advantage of me. It was a struggle for me for so long but the next year I got a $20K raise and a bonus and I got a raise every year afterwards. I think sometimes you do have to go backwards to get further in the big picture. Now I make more than double what I made at Sirius.

Is that when you started to manage your money better?

If I didn’t get this job at Power 105 I would still be in debt. Being in debt is a depressing thing. Right now it’s amazing to me that I can go out and buy what I want and still be able to save and now I’m saving to buy a house. That’s a realistic thing for me, before it wasn’t even something I could fathom happening. I have a good base going and I feel good about it.

How bad did it get before you got your finances back on track?

The most I ever owed was about $30,000 in credit card debt. I’ve never been at a $0 [balance], but that was the most I ever owed. A lot of that was from being a manager and having to pay for rooms and flights. It was taking forever to get reimbursed and it definitely piles up.

What are some of the steps you took to get out of debt?

Usually they say you should pay off your most expensive bills first, but what I did was paid off the small bills first to get them out of the way. A lot of those were store cards because I have a Neiman Marcus card, I have a Saks card, I have a Bloomingdales card, etc… Those were just little bills, like a thousand dollars or so each and they had the highest interest rates. It made it easier for me to get those out of the way. I also have three American Express cards. After paying off the store cards, I paid off two of them first and then the one that had the highest balance was paid last, but I stopped using all of my cards and that was the only one I would use. So it was really only one bill I had to pay and that was the one with the lowest rate. 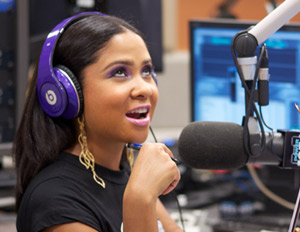 What are some of the things you do now to avoid getting back in the same situation?

As far as clothing, it took me a long time to get the hang of it, but now instead of buying something I’m only going to wear once I’ll borrow clothes and return them. You’re wearing it one time [for a public appearance], why would you want to buy something you can’t wear again because you’ve been photographed in it? If I wear something I’ll tweet about it so [the brand] gets some attention.

A lot of my other bills aren’t that bad, my rent isn’t too bad, my car payment isn’t too crazy–I lease a BMW 328ix and my payment is $520 monthly. I don’t even want to tell you what I pay for rent, because it’s so affordable. I’ve been living in the same apartment in [Brooklyn] for six years. My apartment is so spacious and comfortable, and once I could I really invested in getting nice pieces of furniture that were quality and would last.

Do you find that it’s better to invest in practical items for the home over fashion and accessories?

My desk was expensive but it could last forever and I got it when it was on sale. I pay attention to when stores have their big sales at the end of the year or holidays so I’ll wait until a time like that to purchase. My mattress was also an expensive Stearns & Foster pillowtop mattress but I’ve had it for seven or eight years and it’s still great. You don’t have to get all great furniture all at once but it is a great investment to buy things that will last for decades. Cheap furniture will always break.

What would be your biggest piece of advice for anyone struggling with debt?

It’s never too late to fix your financial situation, it’s never too late to fix your credit. My attitude has always been that there are certain things that I like and I know I want and I know I have to work hard if I want to be able to afford the things I enjoy and appreciate. I’m not saying it’s the right thing to do and everybody should feel that way but it’s always worked for me. I’ve always said, “Okay, you know what, I want this,” and there’s times I couldn’t get it and I always told myself, “I’m going to work as hard as I can to afford the things I want to afford,” and it’s always worked for me.

What would you say is your most important investment?

Your education is always your top investment. Your retirement plan is a great investment and something you don’t even miss and I’ve also been donating money to charity. I just did that recently. I donated to Prep for Prep, which is a program I was in when I was younger and I always wanted to donate. I do a lot of events for Dress for Success and that’s also a write-off. Anytime I can donate my time there’s a few things I do a couple times a month. It’s a write-off but it’s also a good thing to give back to your community.