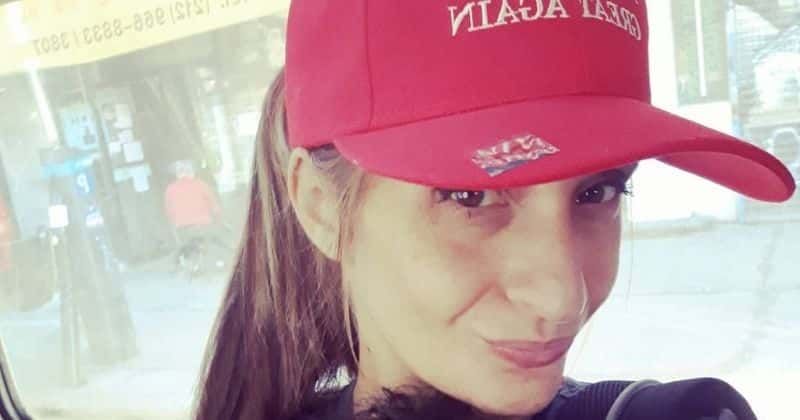 On Sunday, a video of a White and unmasked woman at New York City’s Davidovich Bakery referred to as “Bakery Karen” went viral after she called a Black baker the n-word.

The Black employee refused to serve the unmasked woman, and a security guard tried to escort her and her four children out. Denied her bagel, Karen used the n-word on a Black employee, The Huffington Post reported.

“Why? Because he’s a bitch-ass n***er?” Bakery Karen yelled.

Customers nearby were appalled by the Karen’s use of racial slur. Instead of remorse, she added injury to her insult by saying,  “Oooh, that’s what he is.”

“It doesn’t affect me that you’re not going to serve me cause you’re a b***h …I can call him whatever I want,” she continued.

The Karen engaged with one of the customers who called the Karen “White trash.” The irate customer said in response, “Oh, I’m White trash because I have Black kids?”

In the video clip, “Bakery Karen” is heard saying she’s medically exempt from wearing a mask. Eventually, she left the bakery after someone called the police.

“We want to commend our employee on his handling of the sad incident which occurred at the Essex Market,” Davidovich Bakery Vice President Marc Fintz-Davidovich wrote on Facebook. “As is true with any family an attack on one member of the family is an attack on all of us.”

According to The Sun, Bakery Karen’s real name is Stephanie Denaro of Queens, and she is a Donald Trump supporter. Social media posts reveal she thinks the coronavirus is a global hoax, a fallacy she confirmed when interviewed by The New York Daily News.

It’s actually great, because they’re forcing people in New York City to wear masks. It’s political theater. I don’t believe in COVID-19. It’s a hoax to convince people to use absentee ballots to steal the election from Donald Trump.”