Black-ish Star Anthony Anderson 'Gets Real' About His Diabetes 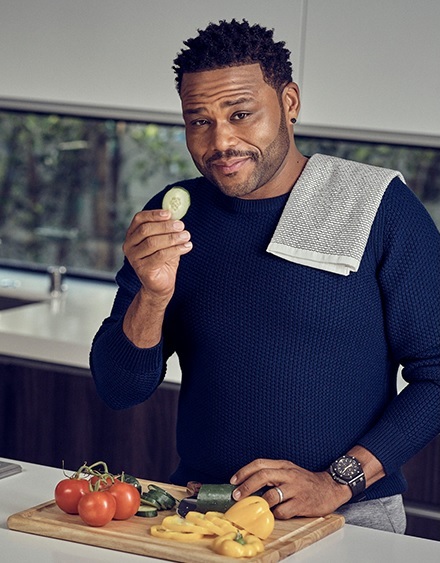 Just in time for National Diabetes Month, Black-ish star Anthony Anderson is sharing his story about being diagnosed with type 2 diabetes 15 years ago in hopes that it will help others.

Anderson is partnering with drug maker Novo Nordisk on the “Get Real” campaign, which aims to educate, motivate, and support those living with diabetes as they learn to manage their disease.

“For a long time following my diagnosis, I didn’t take type 2 diabetes as seriously as I should have, and I struggled to get my blood sugar under control,” the 47-year-old actor said in a press release.

“But, when my father passed away from diabetes complications, I reflected on what it was doing to me, and realized I had to change.”

Anderson opened up even more on the Get Real website about how his father’s death 10 years ago affected him: “That was really tough, especially knowing that if my dad had taken better care of himself, he might still be here.”

“My dad just didn’t know what happens when you don’t take control of your diabetes. That was a real wake-up call for me.”

“I didn’t want to just be a memory for my family, I wanted to be there. So, I vowed right then and there that things would be different, that I would get serious about managing my diabetes.”

Anderson is candid about how long it took him to change his lifestyle, particularly his diet, considering the Emmy nominee’s well-documented love of food. He also shares how resistant he was initially to taking some of the medications his physician suggested.

“My doctor just had to get real with me, and I’m glad she did. So, if you see me out there I’ll be asking people straight up: ‘Are you doing enough to manage your blood sugar? Are you being real with yourself? If not, now is the time.'”