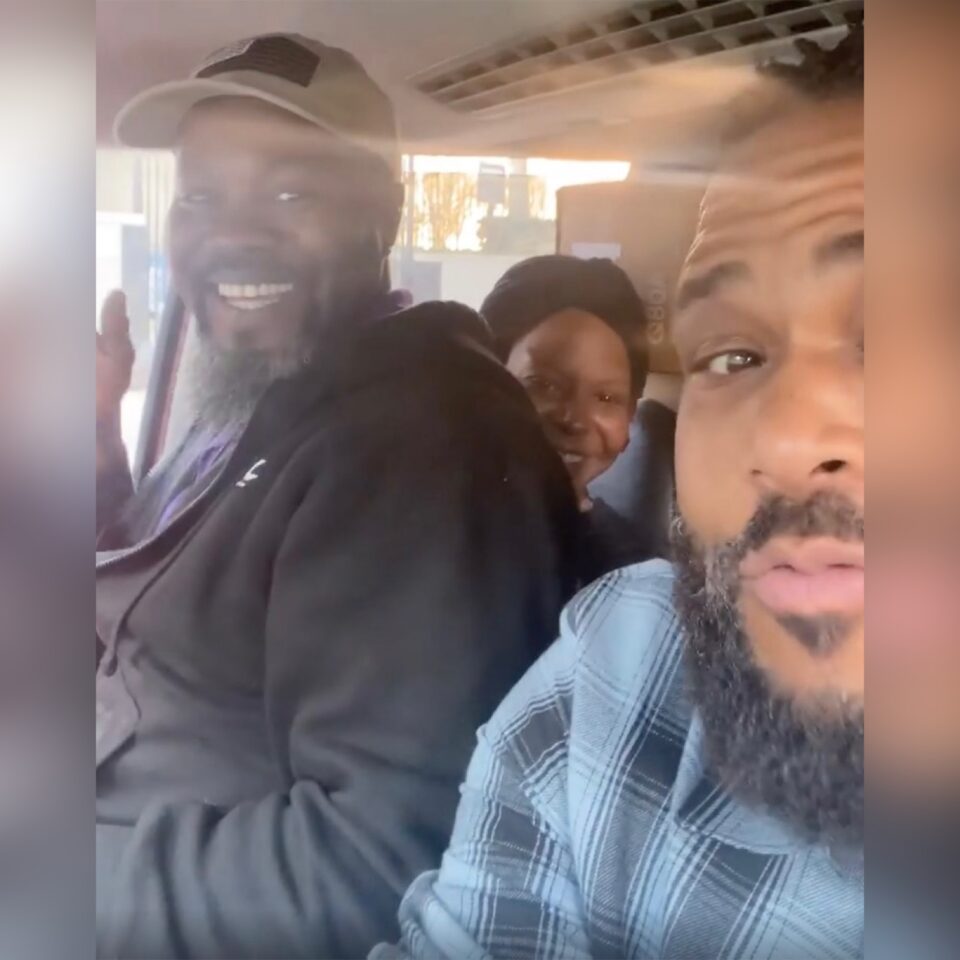 “The life and times of me,” Anthony Anderson begins a recent video he posted to Instagram.

The 51-year-old comedian shared a clip where he’s driving a stranger’s car whom he met at a Best Buy in Manhattan. Anderson fills us in that he went to the electronics store to pick up some TVs for his new NYC apartment and upon purchasing the multiple plasmas, realized he had no way of getting them back home.

“This brother Alex was ahead of me in line so I asked if he would drive me to my place and he agreed,” he captioned the post. “What he didn’t tell me was that he had someone in the car and that it was full of work equipment. But we made it work! Just another one for the books!”

In the video, Anderson filmed his new acquaintance Alex, sitting on the lap of the other passenger named Charm.

All laughs and smiles, the Law & Order star reveals, “But not only am I driving their car, what y’all need to see is that I’m driving, but the car is in reverse!” He goes on to flip the camera to the dashboard revealing the gear selector in fact on the R. “It’s in reverse!” he exclaims and explains it’s Alex’s hoopty.

“Those are my TVs in the back as y’all can see right there,” he points to the stack of TVs in the back. “If I don’t make it back to the set of Law & Order, call the police. This is what they look like!” Anderson joked at the end of the minute-long video.

According to People, in February the actor discussed reviving his role as Detective Kevin Bernard in the new Law & Order series with the show’s creator, Dick Wolf.

Less than a month later, Anderson would be on set to film.

“I’m back in the shoes of Detective Kevin Bernard, doing what we do best: solving crimes, ripped from the headlines,” he shared.

Catch the new season of Law & Order at 8 p.m. EST, Thursdays on NBC.