How I Created an App Under $200 and Earned Six Figures 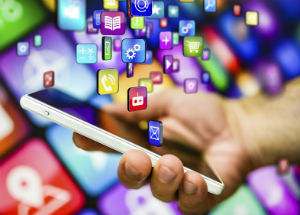 Almost everyone has an idea for an app, but most people never act on their idea. This is unfortunate, because there are a lot of great ideas out there that could empower, entertain, or educate millions of people.

The biggest reason for not pursuing an idea is that people think that they need to be a programmer.Â There is nothing further from the truth.Â I have published over 1,500 apps, I am an app consultant for large corporations, but I don’t know how to code. So believe me, you don’t need any programming skills to create an app.

Below, I’ll give you the exact blueprint that I have used to create my apps, through which I’ve been able to earn aÂ six-figure income.Â Keep in mind that the marketplace is in constant flux, so you may need to make your own adjustments to these seven core steps.

You may think that your idea for a butterfly identifier app will do really well, but the reality is, you might be the only one who feels this way. Start your market researchÂ by analyzing the app store to findÂ out which apps in your category are doing well. Don’t worry about having a little competition–this is a good thing.

Sites like Apptopia, Sensor Tower, Mobile Action, and App Annie will give you access to estimated download and revenue numbers for the apps in your target category.Â You want to step into a proven idea; you don’t want to be a pioneer.

Also, look at reviews of these apps and talk to those in your target market. What new features or improvements are users looking for?

There are different ways to build one, but the way that has worked for me and other successful app entrepreneursÂ is to purchase an app template. An app template is a source code that has already been built that you can improve upon.

Carter Thomas is a marketer and strategist in the mobile app space. Since 2011, Carter has published over 1,500 apps on multiple platforms that have generated 18M+ downloads. Since early 2013, Carter has built and sold 5 separate app portfolios to private buyers. Along with apps, Carter’s blog, Bluecloud Solutions, has reached over 2.5M visitors and been responsible for over 100M downloads from the readers who implemented his strategies. On the weekends, you can find Carter swimming in Hawaii, looking for new investments and working on his next creative project, LemonDrone.