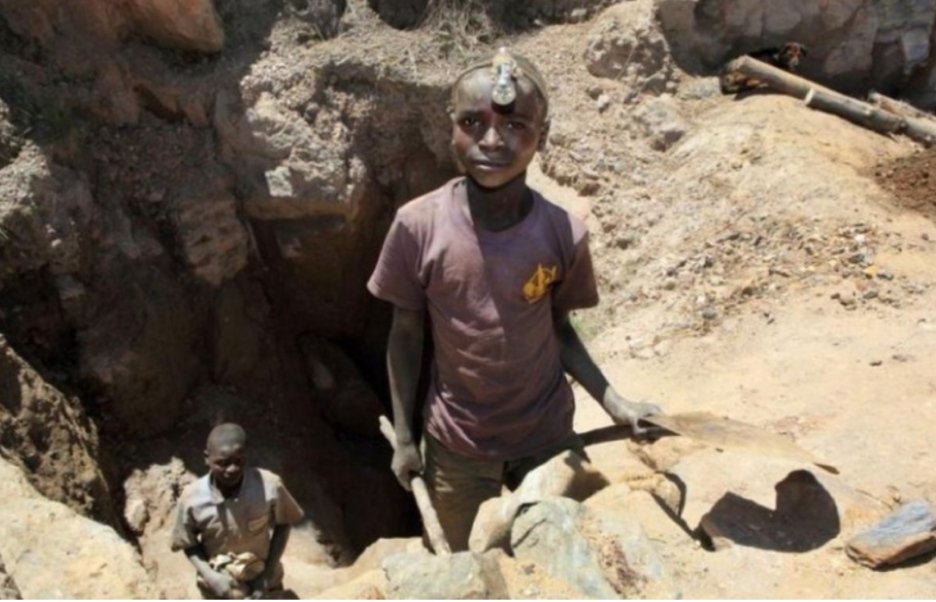 Five major U.S. tech companies have been accused in a lawsuit of being complicit in the deaths of children mining cobalt in the Democratic Republic of the Congo.

The lawsuit implicates Tesla, Apple, Google’s parent company Alphabet, Dell Technologies and Microsoft as being aware of “the forced labor system that has brought grave harm to the Congolese minors.”

The children were allegedly being forced to mine cobalt, a metal used to make mobile devices, computers, and electric cars.

The Democratic Republic of Congo supplies 54 percent of the world’s cobalt, and the need for the metal is growing steadily as demand for electric cars and mobile devices increases.

Six of the 14 children died in tunnel collapses, and the others suffered life-altering injuries, including paralysis, according to the lawsuit.

The legal complaint on behalf of 14 families from the Democratic Republic of Congo was filed on Dec. 15 by International Rights Advocates, a U.S.-based human-rights nonprofit, Fortune reported.

The lawsuit details that children, some as young as 6 years old, were forced by their families’ extreme poverty to leave school and work in cobalt mines owned by the British and Swiss mining company Glencore.

Some children were paid as little as $2 per day for working six days a week, according to the legal complaint.

“These companies – the richest companies in the world, these fancy gadget-making companies – have allowed children to be maimed and killed to get their cheap cobalt,” said Terrence Collingsworth, an attorney representing the families.

Demand for cobalt is set to increase as the metal has thermal stability and high energy-density properties ideal for batteries used in smartphones, electric cars, and other electronic devices.

Global demand for cobalt is expected to reach about 120,000 metric tons a year by 2020, a 30 percent increase from 2016. It could reach around 357,000 tons by 2030, according to the London-based cobalt-trading company Darton Commodities.

Apple, Microsoft, Tesla accused of profiting from child labor in cobalt mines .
Cobalt is an essential element in the rechargeable lithium batteries that fuel many electronic devices.The lawsuit claims the companies are “abetting the cruel and brutal use of young children” pic.twitter.com/SI5Q1lwzF0

Children being abused and exploited to harvest Cobalt or and other minerals for electronics has happened for years now, and sadly a child dying had to occur for a lawsuit to begin against the companies who profit from child labour. Society disgusts me for allowing this so long.

This article was written by Peter Pedroncelli and originally published on Moguldom.com.