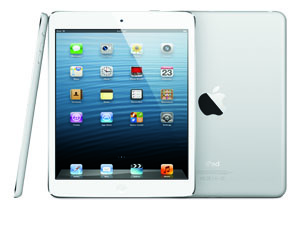 Apple unveiled the iPad Mini, which starts at $329, during the company's media event on Tuesday (Image: Apple)

Apple products are innovative, sleek and user-friendly but they’re also ever-changing, and depending on your devotion to the company this change is either good or bad. Although the iPad Mini, Apple’s latest creation, has only been on shelves for a few days, the company’s suppliers are already said to be working on its improved version.

Each time a first-generation device releases, the next generation product soon follows and often leaves much to be desired from its predecessor. Annually, the company creates hype around a new product that sends millions around the world to wait in long lines to have yet another bite of Apple. Anthony Fitch, the first person in line to purchase the iPhone 5, drove all the way from Rome to Paris to purchase the highly-coveted smartphone. As the first iPhone 5 buyer at Apple’s flagship store in Paris, Fitch told CNET, simply, “I was born Apple.â€

At 10.6 ounces, the current iPad Mini is a much smaller version of the 1.44 pound original iPad. But critics of this shrunken device mention it lacks a suitable Retina display. The iPad Mini’s 7.9-inch display and 1024 x 768 resolution will reportedly be updated to a 2048 x 1536 res with a thinner body and sharper image quality using Sharp’s IGZO technology. So whether you plan on getting an iPad Mini now or waiting a bit for a souped-up version, look for its fourth quarter release in 2013.