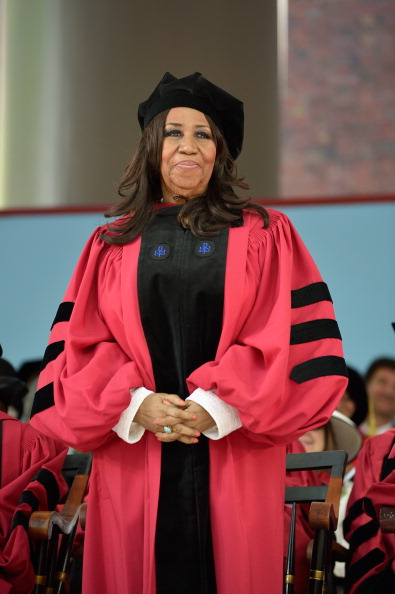 The list of celebrities displaying black excellence this commencement season just keeps growing and getting better.

On May 29, the Queen of Soul, Aretha Franklin, was honored at Harvard University with a Doctor of Arts degree. And while honorary degrees this graduation season were a first for many celebrities, Franklin’s most recent honor is her eighth, as she’s also been awarded honorary degrees from Princeton University, Yale University, Berkley College of Music, the New England Conservatory of Music, University of Michigan, Wayne State University, and Bethune-Cookman College.

In addition to collecting her degree, the 72-year-old “R.E.S.P.E.C.T.” singer blessed the crowd with a performance of the national anthem.