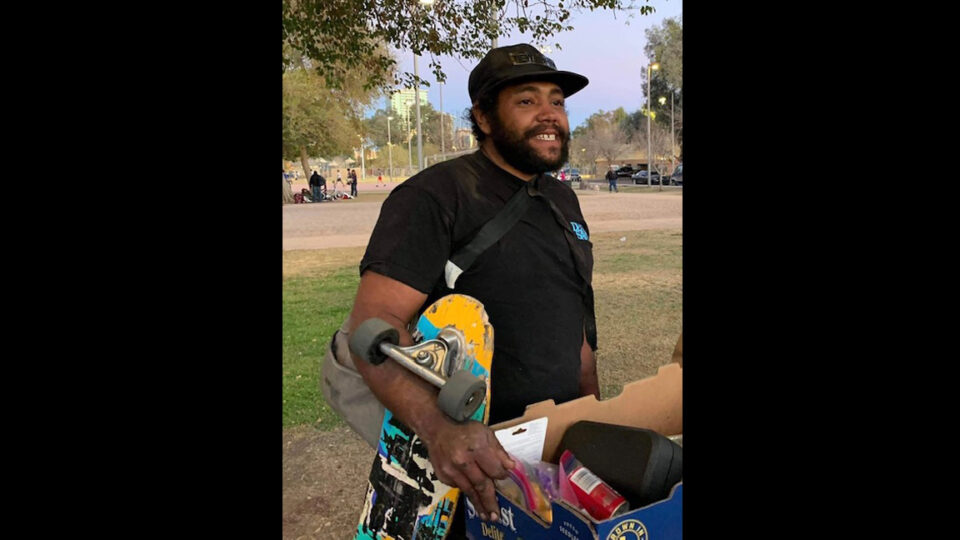 (Photo courtesy of the City of Tempe)

Three police officers in Tempe, Arizona, have been placed on paid administrative leave amid an investigation that they stood and watched a man drown as he pleaded for help.

The Tempe Police Department said officers responded to a report of a verbal domestic confrontation involving a man and a woman outside the Tempe Center for the Arts on May 28 around 5 a.m.

The released body camera footage shows officers questioning 34-year-old Sean Bickings and a woman who identified herself as his wife. Both denied any physical altercations.

Body-cam footage later showed Bickings climbing over a railing into the Tempe Town Lake. As he headed into the lake, he told police: “I am going for a swim. I am free to, right?” He continued to swim until he was underneath the pedestrian bridge.

“How far do you think he’s going to be able to swim?” asked one officer in the video, as he leaned over the railing before walking over to the bridge. The other officer said to keep an eye on him while he requested a boat.

The body camera footage stops just shortly after the officer gets to the bridge. Officials released a transcript detailing what was said among the officers and a witness, according to CBS 5.

Bickings yelled out that he was drowning and pleaded for help, but none of the officers came to his rescue.

“No, you’re not,” the officer identified as Officer 2 said.

“Go at least go to the pylon and hold on,” Officer 1 said.

Meanwhile, Bickings’ concerned wife begged the officers to save her husband‘s life. She even attempted to jump the railing, the transcript reveals. But an officer detains her and tells her to stop talking.

“I’m just distraught because he’s drowning right in front of you and you won’t help,” she said, according to the transcript.

One officer then said Bickings hadn’t come up for about 30 seconds. According to police, at 11:30 a.m., Bickings was pulled out of the water by Tempe Fire Medical and Rescue and pronounced dead.

Reports say that Bickings was homeless and he met earlier with a city official to help the unsheltered community.