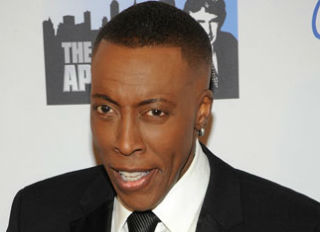 Arsenio Hall ruled late night television in the 1990s and he’s hoping to do it again with a new show that’s scheduled to debut in the fall of 2013.

The comedian told the Hollywood Reporter that he would love to have former president Bill Clinton and rapper Jay-Z on his show as guests.

“I would like to have Clinton play the horn whileÂ Jay-ZÂ raps. That would be a good first night,” said Hall.

One of Bill Clinton’s most memorable campaign moments came courtesy of Arsenio Hall’s show when Clinton, who was then running for president, donned a pair of shades and played theÂ saxophone.

Will you be tuning in to Arsenio’s new show?