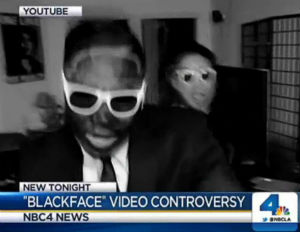 Several members fromÂ Lambda Theta Delta, an Asian-American fraternity at University of California, Irvine, made a video in which they danced and lip synced to Justin Timberlake’s “Suit and Tie,” Newsone reports.

The fraternity’s president,Â Darius Obana, denies the accusations of racism, saying the person wearing Blackface in the video is a UC Irvine junior who was “just trying to be Jay-Z.â€ But most students interviewed over the incident did not agree with Obana’s perspective.

Obana claims the fraternity apologized for the video on its website and has reached out to the Black Student Union.

Read more at and watch the video at Newsone.