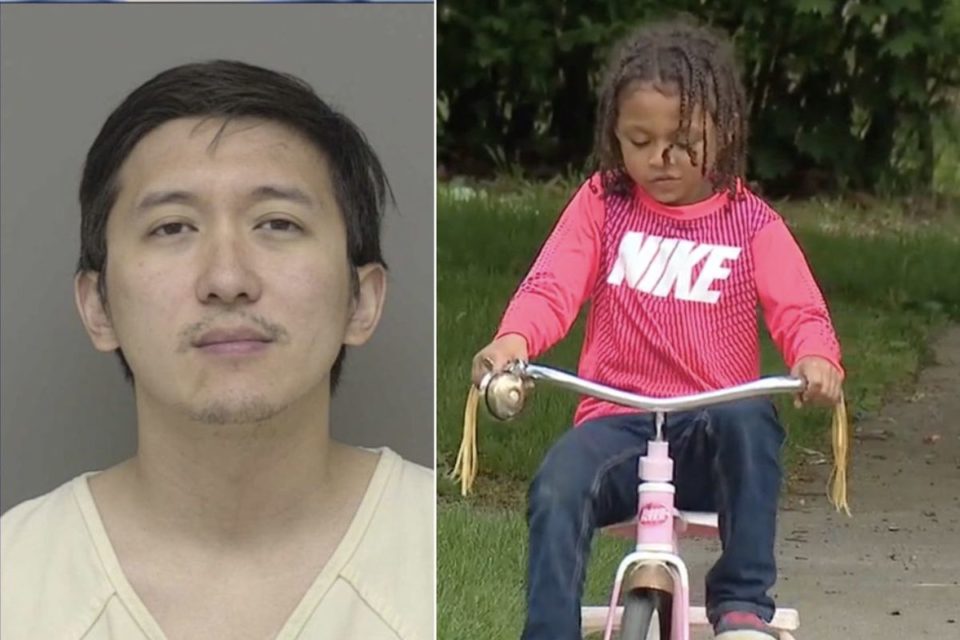 Following backlash from the public, Ryan Le-Nguyen is back in police custody after shooting a 6-year-old Black boy who was playing outside.

Many were upset to learn that Le-Nguyen had been released from jail after being given a $10,000 bail for shooting a 6-year-old in Ypsilanti Township, Michigan, USA Today reports. The shooting took place on Sunday, June 6, and Le-Nguyen was a free man shortly after. However, a new $100,000 cash bond was set.

He shot the child following an altercation with the boy, a 9-year-old, and a 14-year-old. Le-Nguyen was reportedly upset about the noise outside of his home. Instead of closing his windows or talking to their parents, Le-Nguyen responded by firing shots outside his home.

The shooting was captured on a nearby Ring video where the children can be seen running down a sidewalk. Police found the boy suffering from a non-life-threatening gunshot wound. He was taken to the hospital for treatment and was later released.

The community was outraged that Le-Nguyen was able to be released and given such a low bail. Washtenaw County officials took to Facebook to explain how the shooter initially went free, MLive reports.

“Over the last several days, we have fielded numerous questions regarding the recent shooting of a 6-year-old child in our community,” the sheriff’s office said in a statement. “Specifically, people are asking how we allowed the person arrested to go free.”

“In Michigan, the setting of bond is a prosecutorial process and a judicial decision. Police agencies do not have authority to set bond,” the statement continued. “In this particular case, staff of the Washtenaw County Sheriffs Office investigated, apprehended the suspect, and swore before a magistrate to the facts of the case. Our staff arrested the suspect and took him off the streets because we believed he was responsible for the crimes committed and he was a threat to community.”

After the prosecutor’s office filed a motion to modify Le-Nguyen’s bond, a judge approved the modification, and the sheriff’s office took the suspect back into custody.