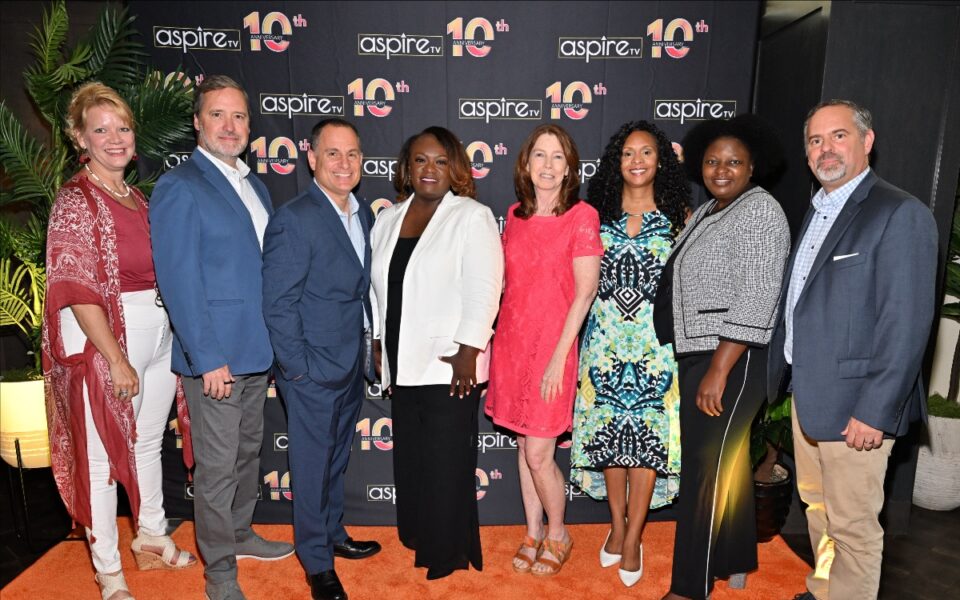 Some 11 years ago, the incomparable NBA champion Earvin “Magic” Johnson gathered a few like-minded associates and asked them to help him create and launch a platform that spoke specifically to the heart of Black people and Black culture.

Now, 10 years after Johnson conceived and launched aspireTV, the network is basking in the success of the serial entrepreneur’s vision and celebrating its decades-long ascension into serving the Black community through its positive entertainment programming around lifestyle experiences of “eat, play, shop, dream, and live.”

“Magic had a very important vision for this and there is no other place for viewers to see themselves reflected in the stories and characters and enjoy positive entertainment that celebrates the black community and urban lifestyle,” said Humbard, at the media luncheon attended by BLACK ENTERPRISE.

Although it was originally majority-owned by Magic Johnson Entertainment, aspireTV was acquired in full by Atlanta-based UP Entertainment in 2019, according to reports.

Over the past decade, aspireTV has expanded its programming to offer reality series, specials and independent films as well as beloved dramas, contemporary comedies and provocative documentaries that allow viewers to connect and see themselves, which was the vision shared during the media luncheon.

AspireTV also announced Angela Cannon as the new Senior Vice President of Multicultural Networks and Strategy at UP Entertainment. Cannon has been at the forefront of shaping the network since its inception.

“So, 10 years ago, we had this opportunity to launch a multicultural network under the diversity initiative,” Cannon began. “I think we sat in a room for what seemed to be a couple of weeks, talking about aspire and what we wanted to see on TV,” Cannon explained. “We wanted to be able to see the brand and people that have positive images of black life on television, black affluent status…”

On the roster, aspireTV offers a litany of shows that speaks to the model of telling authentic Black stories the powers-that-be once envisioned. From the cooking show G. Garvin Live!, to Just Angela, featuring Angela Simmons (the daughter of acclaimed rap legend, Rev. Run of Run-DMC), to Chaos to Calm, which helps takes viewers from cluttered and frustrated to contented and organized, aspireTV is meeting their viewers where they are in life to deliver content that elevates their experiences.

For renowned Chef G. Garvin, it’s been nothing short of a blessing.

“I think it’s probably almost 10 years, or maybe eight for me…and everyone’s been so amazing to work with.

“I think it really is humbling that I can still do the work. And people still want me to do the work in partnership. And this has been great.”