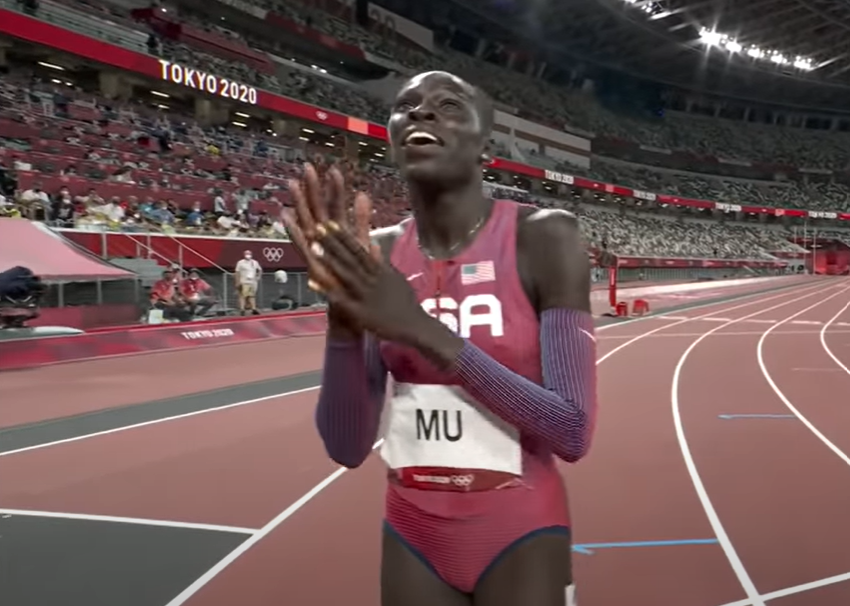 Mu, 19, came in first in the 800 meters with a time of 1:55.21 on Tuesday, Sports Illustrated reported. Mu is the first American woman to receive a gold medal in the race since Madeline Manning did it at the 1968 Olympics.

“It’s awesome. I feel like I’ve just accomplished one of my goals. I just wanted to be a medalist,” Mu said after her win. “I wasn’t really putting gold on that, but as it got closer to the final today, I was like, ‘Yeah, we want gold.’ “

Mu is being praised for having one of the best combinations of distance runner strength and sprinter speed in the 800 meters. It had been more than half a century since an American took home the gold in the challenge competition.

She is the first American woman to win the 800m since the 1968 Mexico City Games. #TokyoOlympics pic.twitter.com/WmJq2dYulr

Mu, a standout at UCLA, was the first of her seven siblings to be born in the United States a year after her family immigrated to the U.S. from Sudan.

After her win, Mu took to Twitter to give God all the glory. “God definitely took the battle for this one! So, thank you Lord,” she tweeted.

God definitely took the battle for this one! So, thank you Lord! 🤍