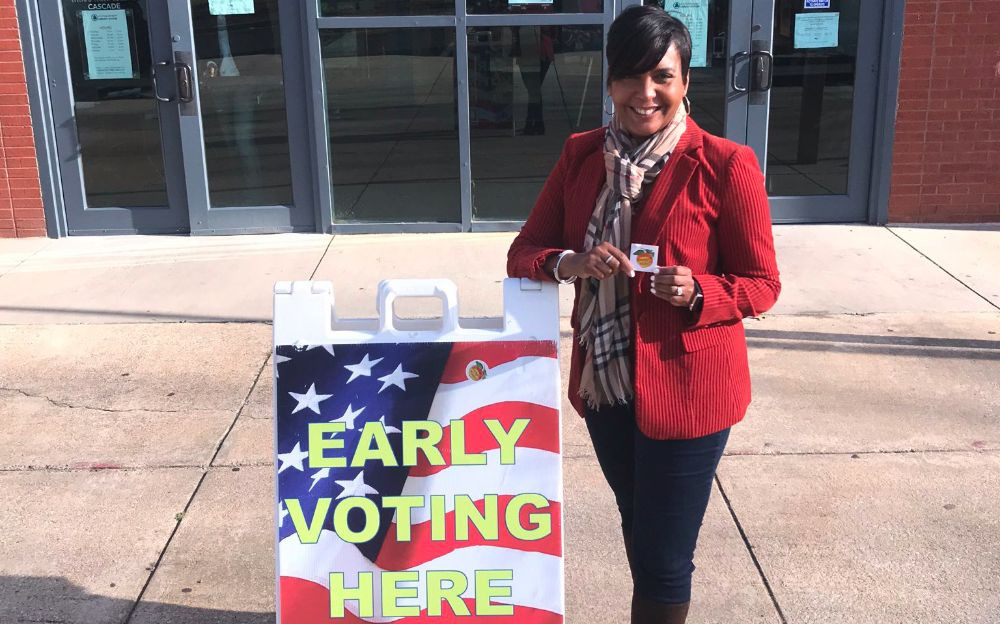 Feelings are very strong in Georgia because of the reopening of certain businesses during the coronavirus pandemic with many people opposing the decision. In the midst of speaking out against it, Atlanta Mayor Keisha Lance Bottoms has received a racist text message that simply stated, “N—, just shut up and RE-OPEN ATLANTA!” according to The Grio.

With my daughter looking over my shoulder, I received this message on my phone. I pray for you.
“Conscientious stupidity or sincere ignorance.”
~Martin Luther King, Jr. pic.twitter.com/dOimv9sdN3

“I told Georgia’s Governor Kemp that I strongly disagree with his decision to open certain facilitates which are in violation of phase one of the guidelines … but at the same time he has to do what he thinks is right,” Trump said.

“I feel that we are still empowered to use our voices and to use our common sense, and that’s what I will continue to do as mayor,” Lance Bottoms said to Atlanta’s 11Alive.

“And I have a good working relationship with the governor and I know that that will continue, but on this, we disagree,” the mayor shared. “And his authority as governor is what it is, and it certainly supersedes my authority as mayor on paper — but it doesn’t supersede my voice, and I will continue to use my voice to urge our communities, our business owners, and our residents to stay in.”

Two of Atlanta’s hip-hop elite have also voiced their concern for black people heading out to these businesses in the midst of the coronavirus pandemic.

Jermaine Dupri took to Instagram to say, “I know everybody tired of being cooped in the house, but on some real sh*t man don’t die cause you’re bored,” he said. “All I’m saying is people don’t fall for the okie doke.”

While Killer Mike tells TMZ Live, “At this time, as a business, we aren’t comfortable opening,” he continued. “So, we’re gonna wait a while before we reopen because, in our community … there are more of us who are dying, unfortunately.“