Bill Barr Says There Is No Evidence of Widespread Election Fraud 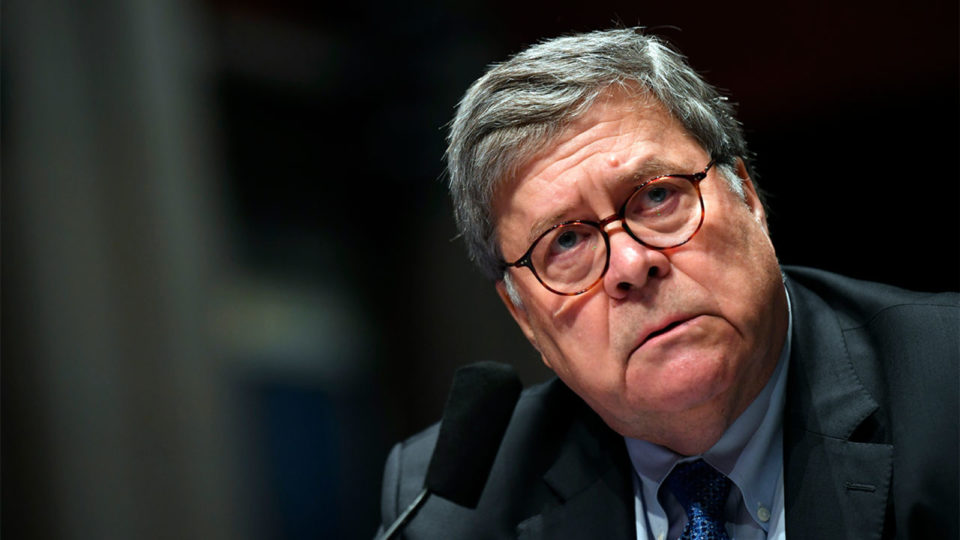 “To date, we have not seen fraud on a scale that could have affected a different outcome in the election,” Barr told the AP.

Barr added both the Justice Department and the Department of Homeland Security have looked into claims of election fraud, but found nothing.

“There’s been one assertion that would be systemic fraud and that would be the claim that machines were programmed essentially to skew the election results,” Barr said. “And the DHS and DOJ have looked into that, and so far, we haven’t seen anything to substantiate that.”

Barr has been one of Trump’s most loyal figures, especially during the investigations into Russia’s interference in the 2016 election. Barr also made excuses for the president when the Secret Service shot tear gas at protesters so Trump could take a photo outside of St. John’s Episcopal Church.

Before the election, Barr agreed with Trump that voting was vulnerable to fraud. In September, Barr condemned states for using mail-in voting during the coronavirus pandemic.

Over the past week, the heads of several federal agencies have come out against Trump and said the presidential election was conducted safely. Chris Krebs, the former director of the U.S. Cyber Agency, told CBS’ 60 Minutes the election was “the most secure in American  history.” Trump also considered firing FBI director Christopher Wray, after the election.

Georgia Gov. Brian Kemp and Secretary of State Brad Raffensperger also rejected calls by Trump to overturn the state’s election results after they were certified.

Trump’s lawyers Rudy Giuliani and Jenna Ellis responded to Barr saying the Justice Department did not sufficiently investigate allegations of election irregularities and failed to interview witnesses who claimed to see illegal behavior.

“With the greatest respect to the Attorney General, his opinion appears to be without any knowledge or investigation of the substantial irregularities and evidence of systemic fraud,” Giuliani and Ellis said in a statement.