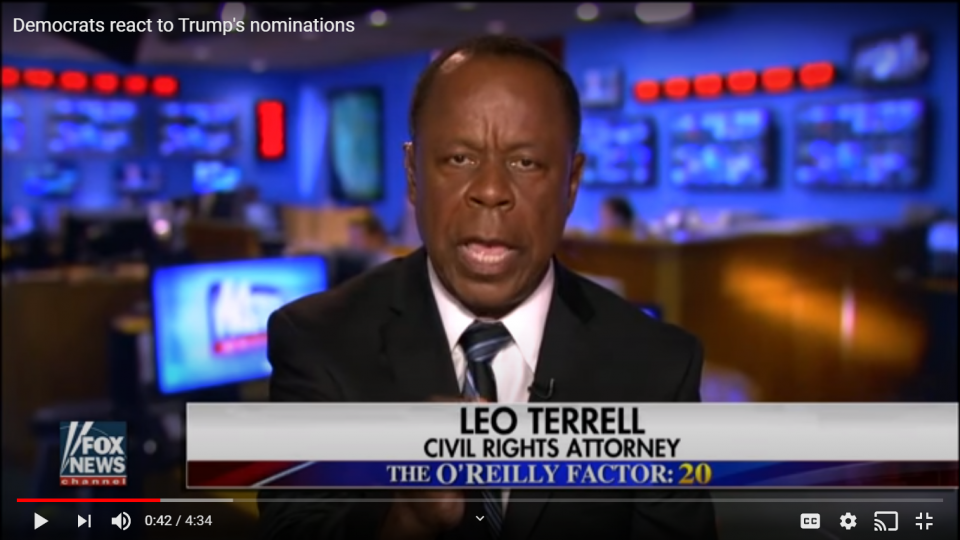 Terrell, a former outspoken critic of Trump, now supports the president and said during an appearance on Sean Hannity’s show Monday that many other Black voters will be doing the same.

“I brought over 300,000 Black Democrats to vote for Trump. I’m bringing more and more and more,” Terrell told Hannity.

While its unclear where Terrell got that number from, according to The Western Journal, Trump doesn’t need a tremendous swing in Black voters for it to make a difference, particularly in places like Michigan and Wisconsin, where Democrats depend on people of color turning out for them in Detroit and Milwaukee.
Recent polls have shown a bump in Black voters who support Trump. A new Hill-HarrisX poll showed 24% of Black voters approve of the job Trump is doing as president, up from the 15% approval rating he received in a survey conducted Aug. 8–11, before the Republican National Convention. Trump’s approval rating among Hispanics grew as well, but just 2 percentage points from the last poll, which had Trump at a 30% approval rating among Hispanics.
In the 2016 presidential election, Trump received 8% of the Black vote. In an attempt to increase that number, a bevy of Black speakers participated in the Republican National Convention: South Carolina Senator Tim Scott; long-retired NFL star Herschel Walker; Georgia state Rep. Vernon Jones, a Democrat; and criminal justice reformer Alice Johnson, who was granted clemency by Trump in June 2018 and recently pardoned.
Terrell wrote an opinion piece for Fox News in August, expressing anger toward Biden for saying in May, “If you have a problem figuring out whether you’re for me or Trump, then you ain’t Black.”
“In case you don’t know, I AM Black, and I did not know that the color of my skin also came with a mandate that I vote for the old White guy who’s been in politics for 47 years (without a discernible record of accomplishments on behalf of Black people),” Terrell wrote.

“I didn’t know that Black Americans were expected to form a monolithic voting bloc, one in which we bow down to the almighty Democrats, and do whatever they say. Again, I ask, what has Biden done for Black America?”