How an 'Avengers: Endgame' Mindset Can Help Rebuild the Black Community 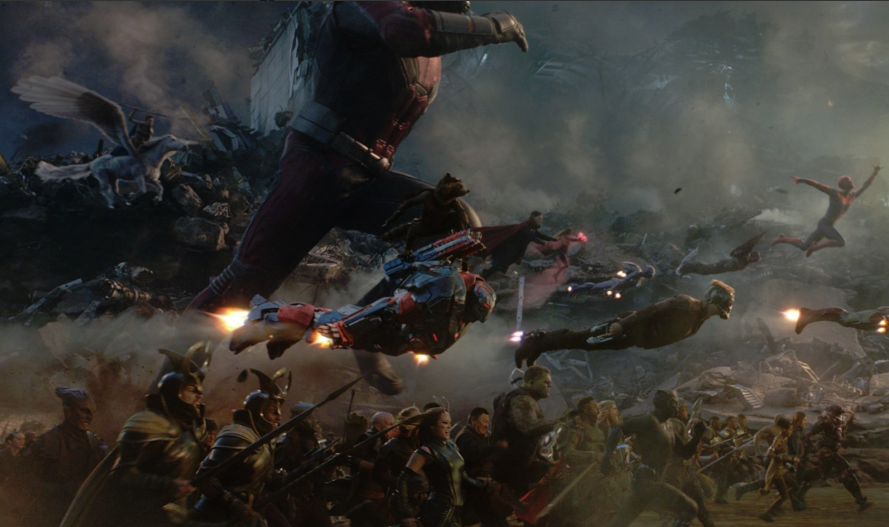 More than 100 million people went to see Marvel Studios blockbuster, Avengers: Endgame. I’m a huge Marvel fan and according to these stats, I have to assume some of you are as well. The Avengers were able to save the world by adopting the mindset of “whatever it takes.” Black folks will have to adopt this same mindset, but it means understanding inclusion and how it will play a huge part in the rebuilding of the black community.

SPOILER ALERT! Skip the next paragraph if you have not watched the movie and read the one after it.

The last 10 minutes of the blockbuster is epic. Just as Captain America looks weary and helpless, and we think it’s over, and the good guys have lost (again), he gets a message to look to the left. A portal appears and out walks Black Panther and a couple of Wakanda warriors. You could hear everyone in the theater make a collective sigh among all the cheers. As portals continue to open, we see Spiderman, Dr. Strange, the Wasp, Star-Lord, Scarlet Witch and all our favorite heroes and she-roes appear on the battlefield.

That scene made me think about a question I ran across on Facebook:  “Black people, shouldn’t we build up the black community before we start fighting for inclusion?

It’s a good question that causes contemplation. My comment was this: we should do both. We need to build up our communities. But since most of us also work with and live beside people different from us, whom we are competing against for promotions, equal pay, level playing fields for our kids and ourselves—inclusion is paramount. This question has been lingering in the back of my mind for the past few weeks because I know there are many who feel this way and it deserves more conversation.

For more than 27 years now, I’ve been engrossed in advocating for the black community to be heard, to be respected, and to be resurrected to the prestige of the 1920’s Black Wall Street, which was in Tulsa, Oklahoma—where I live. If you are not familiar with Black Wall Street, you have some homework to do. It was the mecca for black-owned businesses. Unfortunately, it along with many black people were destroyed in 1921 and it is now referred to as the 1921 Tulsa Race Massacre. The entire black business community was burned to the ground by an angry white mob.

I think we also imagine a magical place like Wakanda—where we own the country, are self-sufficient, make our own laws and live by a code of honor. Wakanda is a fantasy world created by Marvel Comics. It will never happen. Black Wall Street, in Tulsa, Oklahoma, was created by black businessmen and women. It was real, sustainable, undeniably successful and magical in its own way, born out of necessity. Could Black Wall Street happen in black communities across America? For that to even be a notion, one key tenant would have to be challenged: the ability to do it alone. We did it before, but time and circumstances were different. We need inclusion and there are many of us who don’t value it. So what is our endgame?

Let’s look at this situation from the perspective of the Avenger’s film that grossed $2 billion dollars in its weekend debut.

(Before you start shaking your head and saying, it’s just a freaking movie, you should know that Iron Man agrees with me.)

Applying the Avengers: Endgame Mindset to Rebuilding the Black Community

This mindset says, we don’t care about your color, your gender, your religion, whether you fly, are a robot, an ant, a wasp, a green monster or a raccoon, if you are willing to join the cause to fix this problem, we want and need you. Not only that, but the Avengers didn’t need to agree on everything to work together. In fact, there are many scenes in which they don’t even like each other. But it never stopped them from fighting for the world as it should be, a place where everyone is included and valued.

That is a movie. In reality, I would love nothing more than to have Black Wall Street back with one replicated in every city in America. It would be an amazing source of economic stability that would allow black folk to create our own wealth. Our pride would be indescribable. I stand a little taller just thinking about how resilient black business people had to be in 1920 to build something that amazing and progressive.