Avery Johnson Is Hired By ESPN as an Analyst 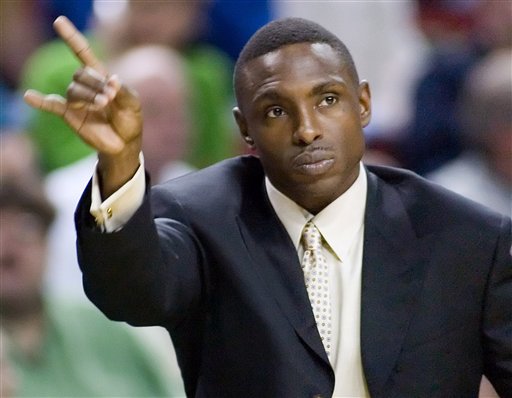 A one-time NBA Coach of the Year, Avery Johnson will spend more time in front of the camera than on an NBA bench this year.

Avery Johnson is making his return to television, some ten months after he was fired as head coach of the Brooklyn Nets. He will join ESPN’s NBA Coast 2 Coast, NBA Tonight and SportsCenter, beginning Oct. 21.

“The main thing is you have to do your job,” Johnson told USA Today. “When you’re working for ESPN, your loyalties lie first with the network because they’re the ones giving you the platform to do something you’re really passionate about, and I’m passionate about television work.

“I have to make sure that whatever topic we’re discussing that I communicate in such a way that fans and viewers can appreciate the material. It has to be truthful. You have to be accurate.”

Brooklyn fired Johnson after the team went 14-14 to start the 2012-13 regular season. It replaced him with veteran P.J. Carlesimo as interim coach. This year, Brooklyn signed Jason Kidd on as coach, and made a blockbuster trade with the Boston Celtics for Kevin Garnett and Paul Pierce.

It’s part of the reason Johnson told USA Today that the new season is going to be so exciting.

“Can Miami get to the Finals for the fourth straight year and three-peat? That’s intriguing,” Johnson said. “A team like Indiana … can they break through and get to the Finals. That’s intriguing, especially with Danny Granger coming back. How is he going to fit into the lineup? Are they going to start him? Are they going to bring him off the bench? I need to see a little bit more out of their point guard play. Larry Bird’s back. They’ve turned over their assistant coaching staff a little bit. I’m intrigued by the addition of Nate McMillan and Popeye Jones.”

“Obviously, having coached the Nets, I’m intrigued about whether they can bring it all together in another make or break year and make it to the Finals,” he said. “Or are they going to be an early-round out when there’s a lot of pressure on them to get to the Finals, especially with their significant payroll and new additions?”