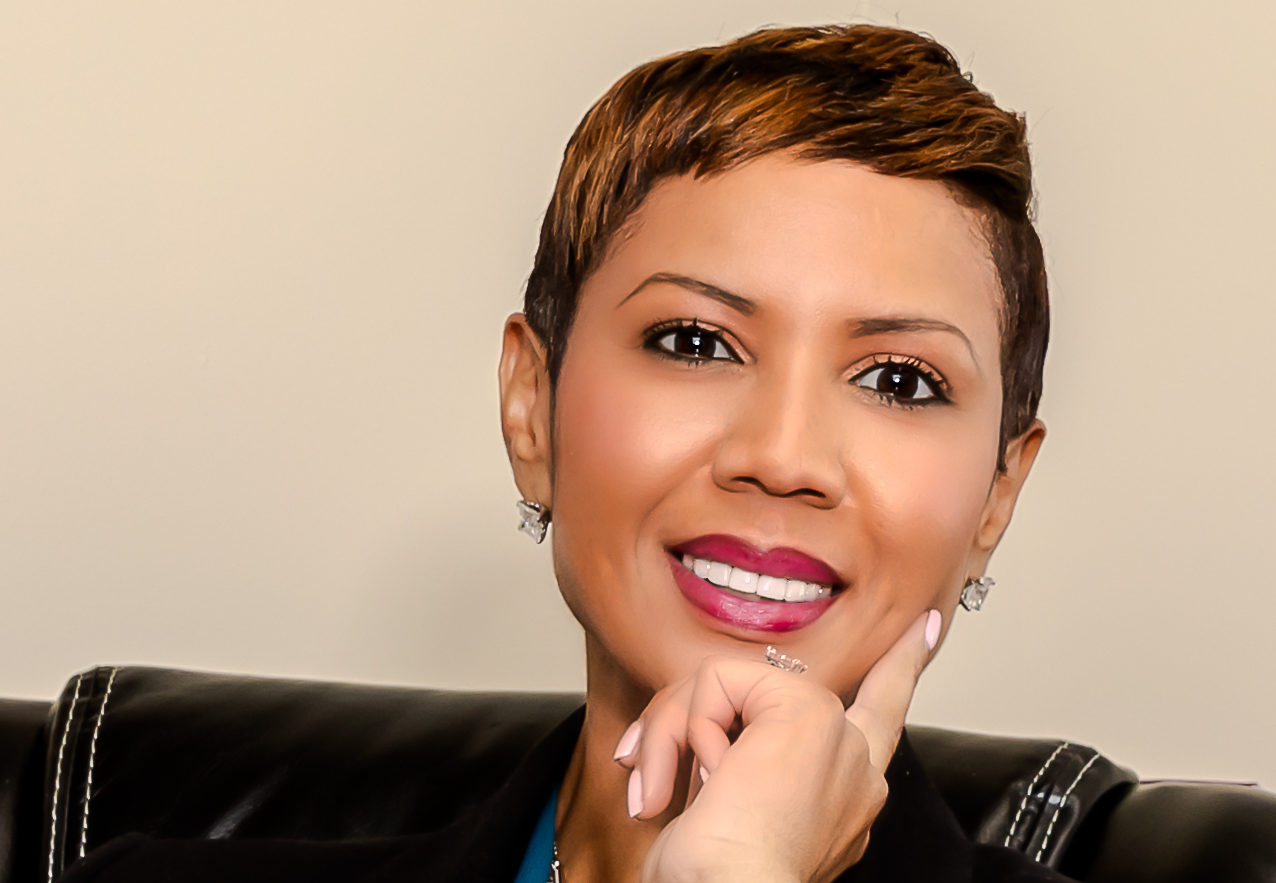 Janelle Ryan-Colbert, founder and CEO of the Colbert Law Center

Janelle Ryan-Colbert stands out in a sea of zealous practitioners as a fierce advocate for black fathers’ rights. She takes no prisoners and through her work, has changed the narrative around the stability of black families.

Colbert-Ryan is the founder and CEO of the Colbert Law Center, which specializes in general civil litigation, estate and probate, personal injury, labor and employment matters, as well as family law and domestic violence cases throughout Maryland and the District of Columbia.

Black Enterprise caught up with Colbert-Ryan to discuss her successful law practice, lessons learned, and explore the wins she’s accomplished for black fathers and their families.

Tell us about your primary practice area and why you decided to develop your practice around black families.

One of my firm’s primary practice areas is father’s rights advocacy, which is an important part of my family law practice. My firm did not develop with this practice area in mind—it evolved over time.

Early in my career, I represented a father in a highly contested child custody case. He came to my office desperate, anxious, and felt that he had nowhere to turn and no one willing to fight for him. He and his son’s mother had parted ways several years prior. He wanted to maintain a strong father-son union, but the child’s mother blocked him at every turn.

After hearing his story, I was saddened that a parent would go through such lengths to obstruct, without justification, the other parent’s right to a relationship with a child. I knew that, without a doubt, his desire to maintain a relationship with his son was genuine. I decided to take his case.

Because of his previous experience with the court system, he was convinced that, without representation, his time with his son would be greatly limited. In fact, shortly after taking the case, the child’s mother abruptly relocated with the child to Kentucky. As a result, I filed an Emergency Motion for Custody and other relief.

The Court ordered the return of the child and a hearing date was set. After a hard-fought trial, the Court made a full determination on the merits that the father should be awarded primary custody. The Court concurred that the child’s mother did everything she could to block this child’s relationship with his father and that her actions were not in the best interest of the child.

This case illuminated the importance of having black fathers in their children’s lives. I also observed firsthand the effects their absence had within the family structure. This case, and the many that followed, debunked the false narrative that black men are overwhelmingly destructive forces in the lives of their children, and in our community at large.

As a result of that victory, the client referred numerous male friends to my office for representation. Similar results followed. It was so rewarding to see black men fighting so hard to be present in the lives of their children. Seeing the children flourish further solidified the importance of this work.

More than any other area of family law, there is nothing that brings me more satisfaction, than a father—a black father—fighting for and reclaiming his rightful role in the life of his children.

What are some of the biggest challenges in each practice area and how have you worked to overcome them?

One of the biggest challenges in any practice area is learning the art of delegation. Many times I’ve found myself uncomfortable delegating assignments to support staff, even while spreading myself thin.

I now understand that any effective business requires sharing responsibilities. Trusting support staff to handle matters and allowing them to support you is critical to your business’ growth and success.

How has being a black woman influenced the perception of competence, both in and outside of the courtroom?

As is the case with most back women, I have had to fight thrice as hard to demonstrate that I am equal to my counterparts. I have been dismissed by colleagues, judges, and even institutions. I’ve learned that pretending it doesn’t exist doesn’t work. I have instead learned to acknowledge it and move strategically in the direction of my goals.

Case in point: An attorney known as a heavy-hitter employed the “dismissive intimidation” tactic in a case that we shared. Initially, it worked—I was intimidated by his experience and his “connection to the club.” I quickly realized I had two options. I could capitulate or push back. I decided to push back and took the case to trial.

Not only did I prevail on the merits, but I also had a courtroom full of spectators to witness it. The takeaway: We have all doubted ourselves at some point in our career. To overcome self-doubt, however; we must learn to dig deep and push forward in spite of fear and disillusionment. It’s not about winning a case—it is about learning to see yourself as competent and confidently speaking truth to power.

Identify one of the most impactful victories you’ve achieved in your legal career.

A couple of years ago I decided to take a disability appeal for a client that was diagnosed with PTSD and depression. Her employer refused to acknowledge her diagnosis, instead claiming she was fully able to perform the essential functions of her job. The problem was that I had no experience with this type of case. I quickly found myself inundated with medical records and opinions from expert witnesses concerning the diagnosis and origins of my client’s medical condition. I was forced to hire my own expert to combat the testimony of the IME doctors assigned by the employer.

The case proceeded to trial. It was a battle of the experts. In the end, I prevailed on the merits. The hearing examiner concluded that the injuries suffered by my client were directly caused by the work-related incident. Moreover, there was a clear finding that she could not perform her work because of her PTSD. As a result, she was awarded full disability, back pay, plus health insurance benefits. This was definitely one of my most impactful victories.

What is your best advice to lawyers who get comfortable in the “thick of practice” and start to cut corners?

The best advice is simple: danger lies ahead!

In fact, this is advice that I give myself whenever I notice myself putting minimal effort into cases (fact patterns) that I’m most familiar with. I’ve found that a lack of diligence, in any case, creates potential pitfalls. As client advocates, we must look at every case with fresh eyes, as no two cases are the same. Sure, a case may have similar facts, or be covered by the same area of law, but there is always something unique about each and every one. One missed fact can alter the entire outcome of the case.

Bottom line? Every case deserves proper attention. Give each one what it’s due.