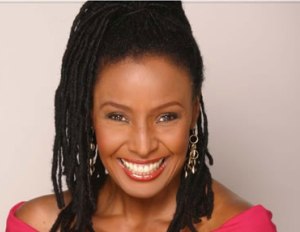 The “Bâ€ in B. Smith stands for a multitude of things: Beautiful. Busy. Brilliant. All things she’s been since a child that led her to become one of Black Enterprise’s 2010 Women of Power Legacy Award Recipients.

As a young girl raised in rural Pennsylvania, she sold lemonade, magazines, fund-raised and had a paper route. After begging her parents to attend modeling school, she picked up beauty skills and then cold called magazines to pitch herself to editors. Smith went on to became one of the first African American women to grace the cover of Mademoiselle in 1976. From there, her modeling career took off, bringing in a living that allowed her to follow an entrepreneurial love of cooking.

In 1986, she opened a restaurant on New York’s city’s Restaurant Row, B. Smith’s, followed by openings in cities like Sag Harbor and Washington, DC. Her restaurateur success led to cookbooks such as B. Smith’s Entertaining and Cooking for Friends (Artisan Press), B. Smith: Rituals and Celebration (Random House), and B. Smith Cooks Southern-Style (Simon and Schuster) that provided low-calorie Southern Style recipes. “Obesity is killing us in the black community,â€ she told The New York Times. “We have to make better choices about what we’re eating.â€

Hosting her own TV show with a face appearing on brands like Betty Crocker and her own signature Olive oil, she was the spokesperson for McCormick’s Lawry seasonings products, Verizon, and Colgate Palmolive Oxy.Â  Branded as the “Black Martha Stewart,â€ she debuted her line of bedding, tabletop and bath products in Bed Bath & Beyond in 2001. The move made her the first African American woman to have a homeware line sold at a major retailer. Â Partnering with the Armed Forces to offer homecooked menus for soldiers, she’s been a national spokesman for the African American Experience Fund, the National Park Foundation, and the National Kidney Foundation — a duty she shares with her husband and business partner, Dan Gasby.

After a slew of honors, awards and global acclaim, Smith’s newest world to conquer comes in the struggle and strength of dealing with Alzheimer’s. Â “It makes me feel the way I am now, tearful,â€ she said crying in an interview with CBS. Â Diagnosed in June 2014 after suffering symptoms that affected her marriage over a four year period, her husband has become caregiver and a strong backbone. “She has it, we have it, we gotta deal it,â€ said Gasby, Smith’s husband and business partner of 22 years. “More people are gonna have. And you know what? If you don’t talk about it, you’re not going to make a difference.â€

Today, after going public in her fight against Alzheimer’s, Smith helps raise the awareness needed to deal by showing vulnerability while maintaining the bright smile and positive attitude she’s carried throughout life.Â  “I think the future is going to be fine,â€ says the 65-year-old. “I’m going to do my best to make it work out for me, and as many people that I can possibly help too.â€