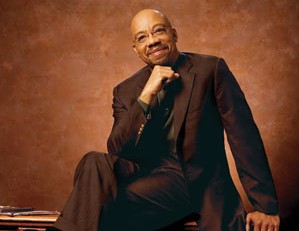 Pulitzer Prize-winning Washington Post columnist Eugene Robinson can be found regularly providing his insightful commentary on MSNBC programs such as Morning Joe and Hardball with Chris Matthews. In his latest book, Disintegration: The Splintering of Black America (Doubleday; $24.95), he examines how decades of desegregation, immigration, and interracial marriage have shattered the concept of a black monolith into four distinct groups: the Mainstream middle class; the Abandoned underclass; the Transcendent elite; and two newly Emergent groups–black immigrants and those of mixed-race heritage. Black Enterprise caught up with Robinson to discuss the impact of these new social, economic, and political dynamics.

How did you go about identifying these distinct groups of African Americans?
I spent a lot of time looking at census data, academic studies, marketing studies, talking to people, and [attending] meetings. It immediately became apparent that there was a widening income distribution and aÂ  prosperity distribution between those who had reached middle-class status and beyond and those who had not. The Abandoned and Mainstream group grew out of that observation. Then I started wondering, “Where do you put the Oprahs and Bob Johnsons?â€ So, I came up with the Transcendent group. The Emergent group was from an observation of the immigrants. The biracial group of all the groups [was] the most anecdotally formed.

What impact does this splintering of African Americans have on collective political power?
In terms of collective political power, it’s hard to argue that there has been less of an electoral impact. That would be a different story if the Republican Party really made a play for black folks, but it really hasn’t. I thought for a long time that the Republican Party, theoretically, should be able to make inroads among middle-class African Americans but has chosen not to. Frankly, I just don’t think black voters have a lot of places to go.

What about leadership?
In terms of leadership, it does have an impact because, what’s the agenda? Sometimes [the goals are] different. It does make things a bit more confused and less unitary. That’s one of the issues that confront traditional groups like the Urban League [and] the NAACP that, frankly, for a number of years really seemed kind of lost. I think those groups are in their new leadership now that’s starting to sort of find its way. But the agenda used to be really clear back in the old days. It’s much less clear now.

What are the responsibilities of each group in driving diversity?
I don’t think they’re with any group; I think they’re societal responsibilities. One is to make sure that diversity isn’t forgotten even as we go through the Great Recession. The other thing is to not always take the easy way. I’m going to look at the top graduates from Harvard, Yale, and Princeton. If I look at a group of black kids who all grew up in suburban homes with high-income parents and had the same kinds of experiences, that’s fine. I’m not saying don’t hire those kids. But we can’t keep forgetting the Abandoned and working to identify and prepare kids who didn’t have those advantages. To the extent that affirmative action still exists, we aim it at people who most need it, and that [should] be our principal focus.