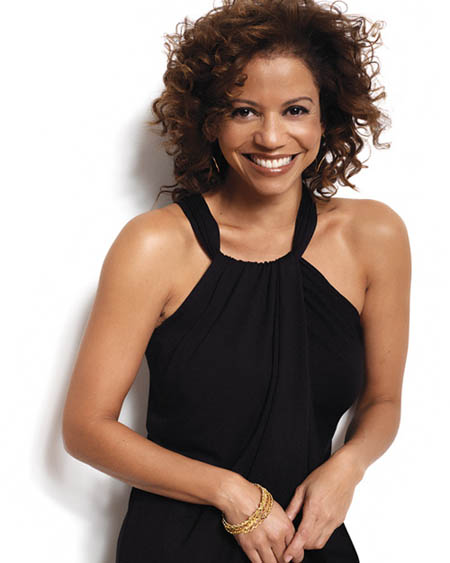 Gloria Reuben is not only an accomplished singer and actress, starring in popular television series such as TNT’s Raising the Bar and previously NBC’s ER, but she’s also an ardent environmentalist. As co-vice chair of the Board of Trustees of Robert F. Kennedy’s Waterkeeper Alliance, a water advocacy organization, Reuben campaigns for stronger legal safeguards to protect the world’s water sources. Among other things she advocates ending a coal-mining technique called mountaintop removal, which blasts sections of mountains. She’s also a member of the President’s Advisory Council of the National Wildlife Federation. Reuben, 45, speaks with Black Enterprise about moving America toward a cleaner future.

What are some of the environmental changes you’re fighting for?
A lot of people still don’t know this is going on, but mountaintop removal is a highly destructive practice. I was in West Virginia last fall and I saw firsthand the devastation that happens. When they blast off the tops, debris and rock are either dumped into surrounding valleys, rivers, or streams. To date, 1,200 miles of rivers and streams have been buried and 470 mountains have been destroyed. Coal slurry, which results from washing the coal, is deposited into the waterways, and highly toxic metals such as selenium, mercury, and arsenic seep into the water. Every single state in the U.S. has a freshwater fish advisory because of high levels of mercury in the fish. Enough is enough. All that I ask is that people learn the truth about these industries. You have to look behind the curtain now.

You say this practice affects not just nature, but people–especially poor people?
We want to stop this practice that is destroying the environment along with communities. Impoverished communities always get hit the hardest. Not just economically, now we’re talking about environmentally, leading to premature death, high levels of asthma and cancer, polluted waterways, and ghost towns where there used to be thriving communities. We need to practice a different way of gaining energy in this country.

Do you think the current administration sees climate change as a top priority?
Even though President Obama and his administration have taken great steps toward protecting our environment and health, they still have a lot of work to do. The number of Capitol Hill lobbyists who are hired by the oil and coal industry total around 2,800–that’s five lobbyists per lawmaker. If you have five guys speaking to each representative about how oil or coal is good for this country, it takes a lot from the other side to try to break through the propaganda. Big coal has a lot of money, and they’re spending tens of millions of dollars on ad campaigns.

As a champion of environmental causes, does it frustrate you that some legislators deny global warming?
People are becoming more aware of how the weather is changing around them. There’s no denying that climate change is having a huge impact, if you want to talk about droughts, heavy rain, floods, mega wildfires. The more that the general public gets informed, the more they are apt to vote for leaders who are supporters.

Green jobs are the strongest areas for expected job growth. Is it time for African Americans to start thinking green?
We need to grab the bull by the horns. There’s a great deal of opportunity here–not just for ingenuity but for innovation –to have a generation of young African American men and women learn about and be trained in fields that are going to be the future of jobs. We need to get our young people–well, people of all ages, but definitely our young African American students–embracing this opportunity for learning about what the future manufacturing and green technology jobs are going to be. The opportunity is here; we just need to take it.

This article originally appeared in the April 2010 issue of Black Enterprise magazine.

Click here for more BEing Green articles on African Americans, energy and the environment.