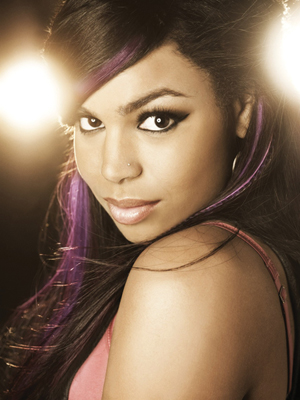 The role of leading lady suits Jordin Sparks. The award-winning chanteuse makes her film debut on Aug. 17 as Sparkle Williams in the remake of the 1976 cult classic Sparkle. Since nabbing the title of youngest American Idol winner at age 17 in season six, Sparks released two albums and charted several singles on Billboard’s charts. She’s tackled Broadway, co-starring in the musical In the Heights, and is preparing for her next film, The Inevitable Defeat of Mister and Pete, which also stars A.I. alumna Jennifer Hudson. The statuesque 22-year-old spoke candidly with Black Enterprise about the fearlessness she learned from Whitney Houston and what she hopes to tackle after acting.

How does it feel to take on such an iconic role in Sparkle?
It’s been really great. There are so many that love this movie, the sisters, and the outfits. I’d heard about the movie, but I’d never seen it and when I did, I thoroughly enjoyed it. I can only imagine how inspiring a film like that could have been for those who had never seen a woman of color dressed up to the nines and doing her thing.

What was it like working with Whitney Houston?
Amazing, because I grew up singing her songs. Then working with her as the executive producer and playing my mom, I was beside myself. We had a blast together. She was just fun to hang around, not a supernova diva. Of course she had that presence, but she was quick-witted and really funny. Then to watch her put on her producer hat, go behind [the camera] and make suggestions was [an experience]. Just seeing how she was always herself and how she had gone through things, but she was never afraid of what had happened in the past. She was always about [marching] forward and that was a great reminder to me.

You’ve become pretty fit in recent years. Was that a personal decision or industry pressure?
Definitely a personal decision. The last two weeks of my Broadway show I wasn’t sleeping very well; my voice was raspy. I finally [saw] my doctor and found out I had walking pneumonia. I could not walk too far without being fatigued and having to stop to catch my breath. I was thinking, ‘I’m about to turn 21, my health cannot be this crappy.’ I had to learn to listen to my body. I had to ask myself ‘Do I want more of [this food] because it tastes so dang good or am I full?’ It’s all about the portion size and less about cutting things out.

Imaging and branding go in tandem. What is your hope for your brand?
I would love to do more perfumes [like my Because of You and Fascinate]. I love fragrances, which are directly related to memories for me … seeing my mom at her vanity, smelling different fragrances. I’d love to do [beauty products] like face wash, makeup, lip glosses, even clothes and home furnishings. I can see myself as a Martha Stewart.