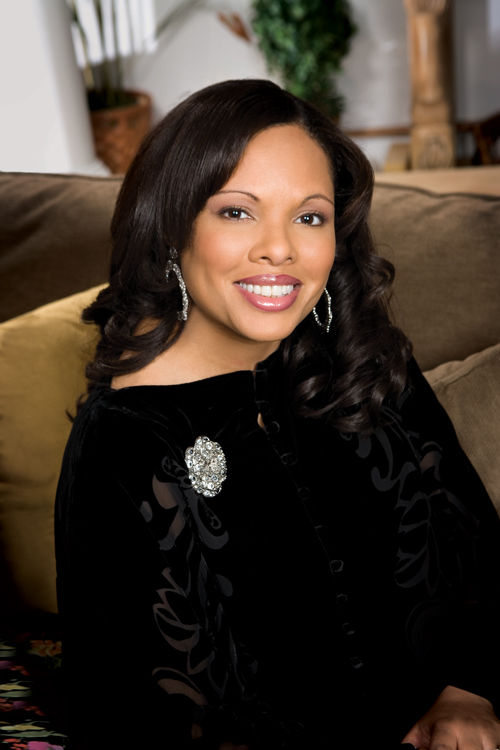 In an episode on the hit MTV reality show, Run’s House, Justine Simmons’ sons jokingly called her “Mother Smotherâ€ because of her constant concern and displays of affection. But the New York native says that those who knew her as the teen who worked three jobs at once and never babysat are probably laughing. “I wasn’t supposed to be the mother with a whole lot of kids. That was the total opposite of Justine,â€ says Simmons, 45. When she married hip-hop pioneer Joseph Simmons, better known as Rev. Run of the rap trio Run-D.M.C. and already a father of three, more than 15 years ago, she was thrust not only into the limelight, but more importantly, parenthood. Now a mother of six, co-author of Take Back Your Family: A Challenge to America’s Parents (Gotham; $25) and designer of Brown Sugar jewelry, Simmons spoke candidly with Black Enterprise about the devastating loss of her daughter Victoria and the renewed joy she and her family have found through adoption.

After the loss of your daughter Victoria to omphalocele (a birth defect that causes organs to grow outside the body), you decided to adopt. Was the decision for medical reasons, personal, or both?
After our older girls [moved to Los Angeles] I had that empty nest syndrome. I didn’t want to have more kids [biologically], but I wanted to adopt. But after talking to my husband we decided to have our own. When Victoria passed, he said, “Wow, this lets me know, we don’t make babies. God does.â€

What was the adoption process like?
It’s a lot of paper work and repetition. Our bishop’s wife set us up with Judge Hatchett because she’s a part of Casa House, which places kids in homes. [Hatchett] set me up with an adoption lawyer. The agency will show you a picture and you can say, yes or no.Â  If you have a preference the process is not as quick, but if you don’t your options are wide open. We wanted a baby girl, black, not born to heavy drugs, and a closed adoption. Every place is different as far as waiting after that person has the baby. Some places, you have to wait three months for the person to change their mind. Others are a month, and some two weeks. I still could have said no if I didn’t want that baby once they showed her to me, but that wasn’t the case with Miley.

What are your thoughts about transracial adoption?
I think it’s fine. Just let that child know that you love them for who they are and not their color. But please do not adopt a child of another color if you are going to make them feel alienated or different in any way, or tell them they’re different.

Why do you think African American children are disproportionately represented in foster care and less likely to be adopted?
A lot of African Americans are trying to take care of themselves and don’t have extra to give, whether it’s time or money. I also feel there’s a myth that these kids come with baggage, and that’s not true. You hear a lot about white people adopting African American children, so it’s not like they’re not wanted.

What are you doing to raise awareness about the need and benefit of domestic adoption of African American children?
I’m in the process of starting a blog called the Adoption Option, where people can ask me questions and find information about the adoption process.

Was it difficult to go through the entire process on national television?
The pleasure people find in our show is that we are dealing with the same things they’re dealing with. We’re not acting. I know we’re on a reality show, but it’s not about us——this is something God wanted us to do. A lot of people are shocked that I went on TV and showed that Victoria passed. That was for other women to say, OK, I need to move on. God probably wanted me to adopt in the beginning, but we didn’t listen. God bless Victoria, but I have to say, Miley is supposed to be here.

This article originally appeared in the December 2009 issue of Black Enterprise magazine.