Baratunde Thurston: How To Be Black And Tech Savvy 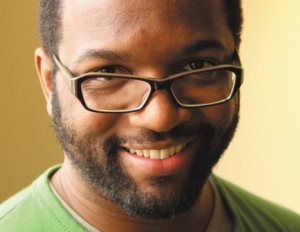 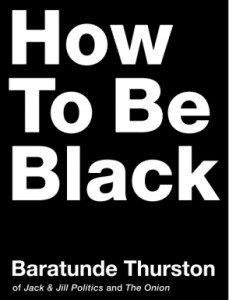 Belton: Yes! There were. But I don’t find it surprising that black people use technology. Of course we do. But what do you think of the statement about how African Americans are more consumers and users of technology, but not creators or developers?

Thurston: Black people, as much as we’ve beenÂ deprived, we’re pretty creative, entrepreneurial folks. We should be set up to do more in the (digital) space. But no one’s painting that picture that coding is cool. That entrepreneurial is sexy. Digital start-up entrepreneurship is not hot as it could and as it should be.Â  There’s an attitude and certain presumptuousness that accompanies the mindset of people who build tech businesses. An arrogance of, “Yeah, I can do that. I’m going to build a tech company.â€ Not in a negative way, but the delusion has to be strong that I’m going to create Foursquare so people can check in and become king of the burger joint.

Clearly we have an affinity for gadgetry. We were using pagers before anyone knew pagers were necessary. We’ve been promoting technology and using technology for a really long time. It’s time for us to join, in full force, that producer class. When black people create stuff it’s amazing. We created jazz. What’s that going to look like in tech and software and web experience? It’s not just about “oh, this would be great for black people. Oh, we got to hook black people up and make more black coders.â€ It’s about the world and the mark of relevance in the world is that people know how to build things.

If you’re black and reading this and thinking of being entrepreneurial, you have to be digital.

On that note, speaking of black advancement in another realm—politics—why didn’t the election of Barack Obama cure racism?

But we’re in post-racial America! We have a black president! Where’s my one-stop-racism cure!

Come on! You wrote a whole book about how to be black. Surely there’s some post-racial goodies in there?

Thurston: This country—probably the world, but especially America—is going through a reassessment of who and what we are, trigged by our place in history and demographic changes. We are facing new types of conflict and collaboration and that dove tails into what we’ve been talking about as black people. There are new fears, stereotypes and expectation but also new collaborations and shared understanding. In this river of life new rocks emerging, the flow is changing. We can come closer to one another and bond through this experience; or we can paddle to our own beach and flip the boat and all wash out.