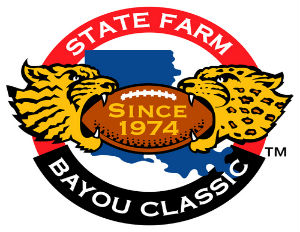 The Bayou Classic is a term that resonates with most. The legendary historic college football game takes place each year on the Saturday following Thanksgiving. Big time rivals include the Tigers from Grambling State University and the Southern University Jaguars.

While fans commonly refer to the game as the “Black Super Bowl,â€ it is televised on both USA and NBC and remains the only NCAA Division I Football Championship Subdivision game to be regularly broadcasted. This year, the Southern University Jaguars took the win, in an extremely exciting and close game, with the final score at 52 to 45.

Prior to the game, Black Enterprise held the Elevator Pitch Competition on Nov. 28, where entrepreneurs submitted a three-minute long video providing their most convincing pitches for their business ideas. The winner received attendance, travel and lodging to the 2015 Black Enterprise Entrepreneurs Conference in Atlanta, and the runners up received complimentary registration to the event.

John Johnson of Bigg Show Party Rentals took first place as winner of the Elevator Pitch Competition, while the following two runners up included Alex Williams of Southern University and Minnie-Meeks Clayton of Mincalvid Trucking. The three winners were also presented on the field at the game.

The classic first began in 1936. Since 1990, it has been held in New Orleans, Louisiana at the Mercedes-Benz Superdome, aside from in 2005, when the game was held in Texas due to devastation caused by Hurricane Katrina. The Bayou Classic is best known for the dueling competition between the two iconic African American football teams. The coveted Waterford Crystal trophy is awarded to the winning team each year.