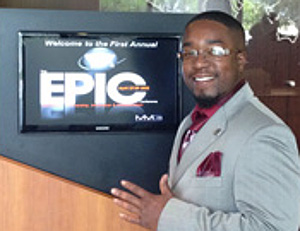 The idea emerged from a simple question, explains Sandra Moss the extension agent for business development with West Virginia State University. When asked if she knew of any African-American architects in the region, she had no answer.

The result was the formation of BBASE which stands for Black Business Association Supporting Entrepreneurs. The group promotes black entrepreneurship and serves as a resource for black-owned businesses.

“BBASE is about showcasing black businesses in our communities and providing opportunities for their support through networking, training and mentorship,” says Moss. “BBASE is about helping to make a change,â€ she said. “It’s not about being separate but, instead, being economically stronger within so we can branch out.â€

Black entrepreneurs in the West Virginia area were quick to join the group, including C. Anthony Parker, owner of Charleston Pre-Owned Luxury Auto.

“In African American society we tend to not come together, I’ll be honest with you, and that’s through my experience in business,â€ said Parker. “But mentoring is the key. It’s generational, because I’ve been mentored, and my mentor was mentored.â€

Moss will serve as president of the association. She says she’ll keep a special focus on African-American youth.

“There are so many creative minds out there, and they don’t know where to go. They don’t know how to do it,â€ she said. “And so if we can set up this community of people who work together we can stimulate a younger generation to consider starting small businesses.â€