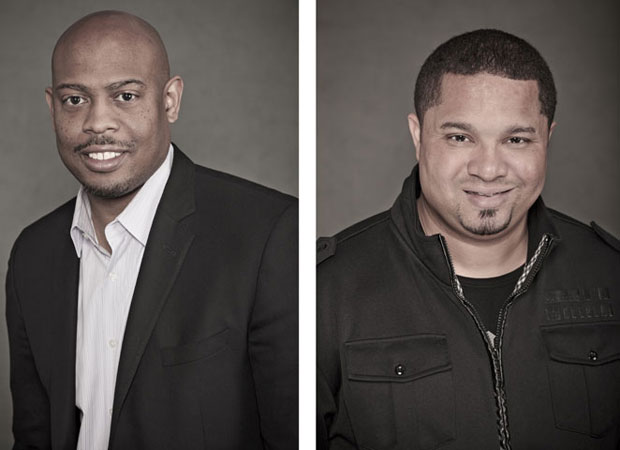 Mutual career aspirations plus a burning desire to revolutionize the marketplace led Sherman Wright and Ahmad Islam to launch Chicago-based Commonground Marketing, an integrated multicultural and general market advertising firm in 2004. From the start, Wright and Islam bonded over shared life experiences.

The two bumped into each other in 2003 during separate vacations in CancÃºn, Mexico. At the time, the Alpha Phi Alpha frat brothers, who had met three years earlier, were both vice presidents at their respective ad agencies. Wright was a newlywed, Islam had been married for two years, and they were both first-time expectant fathers. As they pondered their future over margaritas and cigars, they sketched out a business plan in the sand that would take a year to fully execute.

“We put a model together that was based on three core principles: the fragmentation of media and the emergence of digital; an understanding of the new marketplace including the role of diverse populations, millennial culture, and global influence; and the ability to provide integrated, solution-oriented services,â€ says Wright, 44, a veteran of the account management side who worked at marketing and advertising agencies Upshot and FKM. Islam, also 44, honed his skills in the sports and fitness industry, first at Nike and then at ad agencies Campbell Mithun and Leo Burnett Co.

Capitalizing on their combined expertise, the two built commonground into the agency to watch by applying a bodacious cross-consumer approach–targeting ethnic minorities and general audiences–to provide total market reach. Commonground offers an integrated range of services that include traditional advertising; social media, mobile, and digital; experiential marketing; brand strategy; and data and analytics. Along the way, Wright and Islam changed the industry vernacular by framing campaigns as “tradigital.â€

This tack has enabled commonground to build a portfolio that includes A-list clients such as American Family Insurance, Bacardi USA, Coca-Cola, MillerCoors, NBCUniversal, Nike, Nissan, Verizon Wireless, and the Illinois Lottery. Moreover, the firm was chosen as an Advertising Age Small Agency of the Year in 2012 and appeared in season two of AMC’s advertising competition-based reality TV show The Pitch; in episode 5 commonground was the winning agency, chosen by Little Caesars Pizza to do its social and digital campaign.

The agency debuted in 2012 on the BE Advertising Agencies list with $15.3 million in revenues. Today, it ranks No. 5 with 2013 revenues of $26.4 million, up from $3.3 million in 2006–an eye-popping 700% increase in less than a decade. Operating one of the fastest-growing BE 100s agencies, Islam and Wright have opened offices in New York, Los Angeles, and Houston, and increased payroll to 150 employees within the past two years.

For developing a groundbreaking agency culture rooted in a digital environment, attracting creative talent to design campaigns that appeal to the coveted 18 to 39 age demographic, and demonstrating consistent decade-long growth, Commonground has been named our 2014 Black Enterprise Advertising Agency of the Year.

Avoiding Broad Brushstrokes
Legacy black-owned advertising agencies pioneered niche marketing–targeting ads to African American audiences in the 1960s and 1970s. In recent years, the duo notes, general market advertising agencies have adopted broad, one-size-fits-all campaigns to reach consumers, including minorities. Commonground sought a different tactic–to be the overall agency of record bringing cultural sensitivities to not only a general market but a global one.

“Our approach is to lead with cultural nuances and unique ethnic insights,â€ Wright says. “We can apply them to the masses, especially millennials.â€